Ryan and Caleb became the best of friends while Caleb taught Ryan as best he could about being human. Born a bull shifter named Whirlwind, Ryan was taken in by Caleb’s mother, who wanted to protect him—just as Caleb did. Their time together leads to deeper feelings… and now they’ve decided to give a relationship a chance. Unfortunately, Ryan is kidnapped, and Caleb has to call in the Agency—an organization that protects shifters—or their new life together will end before it ever starts.

The moment the young, bull Whirlwind arrived at Caleb’s mother’s ranch, Caleb immediately has a surprising connection with him. Not understanding why he would bond with an animal, Caleb finds himself becoming more and more drawn to the prize bull. Since Whirlwind is being trained to become a star in the bull-riding rodeo circuit, they spend a lot of time together, and Caleb finds himself telling Whirlwind things he’s never told another soul. One day, when Whirlwind shifts into a young man named, Ryan, in front of Caleb’s eyes, he’s confused but intrigued by the bull shape-shifter. Soon, with Caleb’s guidance Ryan starts becoming more comfortable with his human counterpart, and Whirlwind becomes the champion bull he was destined to become.

As time goes by, both Ryan and Caleb become more attached and attracted to each other. When they finally admit to these feelings, both are unprepared for the intense emotions they have for one another. But, there are people who believe that all shape-shifters should be eliminated, so when Ryan is kidnapped, Caleb must enlist help from ‘The Agency’ who are people who do whatever it takes to save and protect the shape-shifters. Will Caleb and an agent from the Agency be able to save Ryan from his kidnapper?

I really liked this book a lot. To my knowledge, I’ve never read a book with a bull shape-shifter before, and I thought the storyline and both heroes were unique, and this made Love is a Whirlwind a fresh and interesting read. I liked Caleb’s determination to save Ryan and to make him become part of his human life. I thought both Caleb and Ryan had really good chemistry together and the love scenes they had together was very gratifying and sizzling hot!

Ryan (Whirlwind) is also a very interesting character. In many ways he’s innocent and naïve about living as a human, which doesn’t always go along with what he’s lived and learned as living as a bull. I liked the camaraderie between Ryan and Caleb, and it was very apparent throughout the book that these two men not only loved each other, but they liked and respected each other as well.

There isn’t a lot of angst in this book, but it still had some interesting twists and turns throughout the storyline. Love is a Whirlwind is a very fast-pace, creatively sexy read that I highly enjoyed and I look forward to reading more from this author in the future. 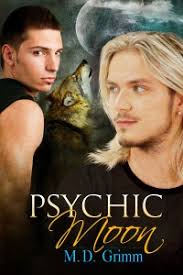 Humane Officer Derek Wiliams has been toying with the idea of asking out Brian O’Donogue since the veterinarian started working at the Pet Rescue Center two years ago. So why hasn’t he made his move? It’s complicated… but it has something to do with the fact that Derek occasionally likes to run around on four legs instead of two.

Recovering from an abusive relationship and hiding supernatural abilities of his own, Brian takes a chance and agrees to go on a date with Derek. The ensuing relationship is better than either of them could have hoped—until a rogue wolf shifter attacks Brian while he’s walking his dogs. The abrupt attack forces Derek to confront his feelings, but the danger isn’t over. The rogue shifter is out there, and he’s hunting them.

A new shifter story to dig our hands and minds into. This is about two men, Derek a Humane Officer and Brian a Vet, who works at the Pet Rescue Center and their love of unwanted and abused pets and how, through the mist of busy lives find a way to one another and fall in love.

However, there are a few obstacles they must jump first to get to their happy ending. They have animals to save, past relationship woes, anger issues, and secrets the men keep from one another.

Overall the premises of the story is there, the plot with writing a Vet and Humane Officer as the main characters was one that caught my eye. It’s rare, that’s why. Then add their personally owned animals six or seven dogs and one cat. It was almost like the Brady Bunch when they married. Each parent had three kids, a dog and a cat. In this we have two men, and their pets uniting to become one big family. Oh the irony. All in all it’s a cute read.