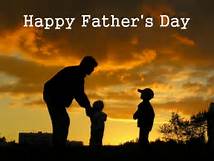 About to graduate from college, Carl tells the story of his childhood, a sort of informal testimonial to thank the men who raised him. To begin with, he was leery about having a gay couple for his foster parents, but living with Leonard Schafer and James MacPhalen, he found love, respect, and stability for the first time in his young life. Now that his biological father has reappeared and wants him back, everything may change again… and not for the better.

Channing, nutritionist and personal trainer, loves life with his husband of four years, Jon, a pediatrician. Jon surprises Channing with a desire to adopt a friend’s baby and Channing is thrown into a tailspin of indecision.

Channing already has a child–a twenty-year-old daughter whose transition from childhood to adulthood brought difficulties and pain for both. He struggles with the choice between making his husband happy by parenting a newborn or being satisfied with the experience he already has where the worst perils of fatherhood are already behind him.

Channing has to choose whether to ultimately break his husband’s heart… or go after a complete love he never knew could exist.

London solicitor, Henry Naismith, went through hell in the trenches of World War One with his friend, Jack Harrison, as his only solace. Years later, Henry is back home, the widowed father of a young daughter. Safe in England for the last eight years, he’s never truly left the war behind, and it haunts him day and night.

When Henry meets Jack again by chance, he hopes to rekindle their friendship, and perhaps develop something more. But Jack has wartime nightmares of his own, and they both have a long road to travel before they can begin to recover and get on with their lives–together.

David is a single father, who doesn’t have time for romance. He has to handle his career as a college professor and his three-year-old daughter, Jessica. That is, until he realizes he might have feelings for Shane, his daughter’s babysitter. Shane is twelve years younger than David and still in college, not to mention a man. David still hasn’t moved on since the death of his wife, Rebecca, who died in a car accident a few months after their daughter was born. Will Shane be the one to bring down the walls David built around his heart?

Divorced rock singer Channing Anderson is looking for a tutor for his five-year old triplets–Dominick, Destin and Drake. They boys are a handful, and it doesn’t help matters Channing is a soft touch. He never had time for them when he was on the road and left most of their rearing to Addie, their mother. Addie left him for another man, gave him custody of the boys, and went on about her life. Channing’s sister, Virginia, thinks Channing is in way over his head. Along comes an English-born valet to put some order into the boys’ lives and a second chance for love and family in Channing’s heart.