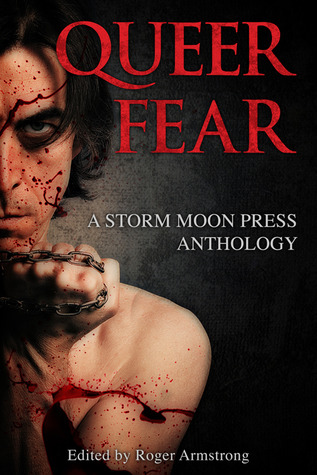 We begin with Reading Arteries, where a new designer drug engineered to force feelings of lust in those who take it. When the men hired to steal the formula decide to try it out, they end up addicted to love. Then, in The Possession of Lawrence Eugene Davis, following the death of his father, Lawrence has returned to his family’s ranch, but is quickly set upon by a demonic presence. Hope for release comes with the conveniently-appearing Elijah, but the deal he offers may be just as unholy as the demon itself. Next, The Dark Revelation brings us Derek, constantly at war with his darker half, a demon who uses Derek’s body to rape and kill. And though Derek tries to isolate himself from people, nowhere is truly empty, and Derek’s demon hungers again. The Pain Cycle follows Luke, despondent over the disappearance of his lover six months ago. When he witnesses a friend dragged into a tunnel by a hideous creature, he gives chase, only to learn the chilling truth about his lover—and who knows how many others. Finally, in Matthew Powers Lives!, a porn shoot in a former mental hospital is plagued by strange equipment failures, leading the crew to believe the site is haunted. For Matthew, those fears are confirmed when a restless spirit confronts him personally, and he’s a hottie!

Anthologies can be a tricky read. I’ve read several of them where there might be a story or two that didn’t keep my interest. I can honestly say that Queer Fear definitely delivered! Between the mystery, scary moments and steamy sex, this is Queer Fear is an anthology not to be missed!

Reading Arteries by Erin Sneath 3 out of 5 Kisses

This story disturbed me a little. I thought the premise to it was interesting, but maybe because it felt rushed, it didn’t jive with me in some way. I did like the chemistry between the two men. I thought the whole scenario of taking a drug to make them fall *temporarily* in lust with each other was interesting and disturbing at the same time. If the author meant to creep me out, then it worked!

The Possession of Lawrence Eugene Davis by EE Ottoman 4.5 out of 5 Kisses

I enjoyed this story a lot. It read like a fast-paced novel and before I knew it, the story was over. There is plenty of action, mystery and intrigue that kept me anticipating what was going to happen next. I found myself liking Lawrence and Elijah and I hated to see it come to an end.

The Dark Revelation by Zach Sweets 5 out of 5 Kisses

Wow! From the first sentence to the last word, this story kept me on the edge of my seat. It read as if it was a true horror book, but with a romantic twist. I liked how Mr. Sweets seemed to really know his characters and wrote them in a way that I found myself really caring about them. I’m definitely going to be looking out for more books written by him.

The Pain Cycle by Ariel Graham 4.25 out of 5 Kisses

This short was filled with action and intrigue. I really liked the main hero Luke and found myself really rooting for everything to go alright for him. I thought the secondary characters were interesting and enjoyed the action filled fight scene. Very enjoyable horror story!

Matthew Power’s Lives! By KA Merikan 5 out of 5 Kisses!

I really enjoy KA Merikan’s stories. They always have a very unique voice and I love their characters. This story definitely had a creepy feel to it. Between the spooky things that went on at the mental hospital and the hot chemistry between Matt and Will, this was one of my favorites. I will say it had a little bit of a bittersweet ending to me, but I still loved it and wished there was more of it.