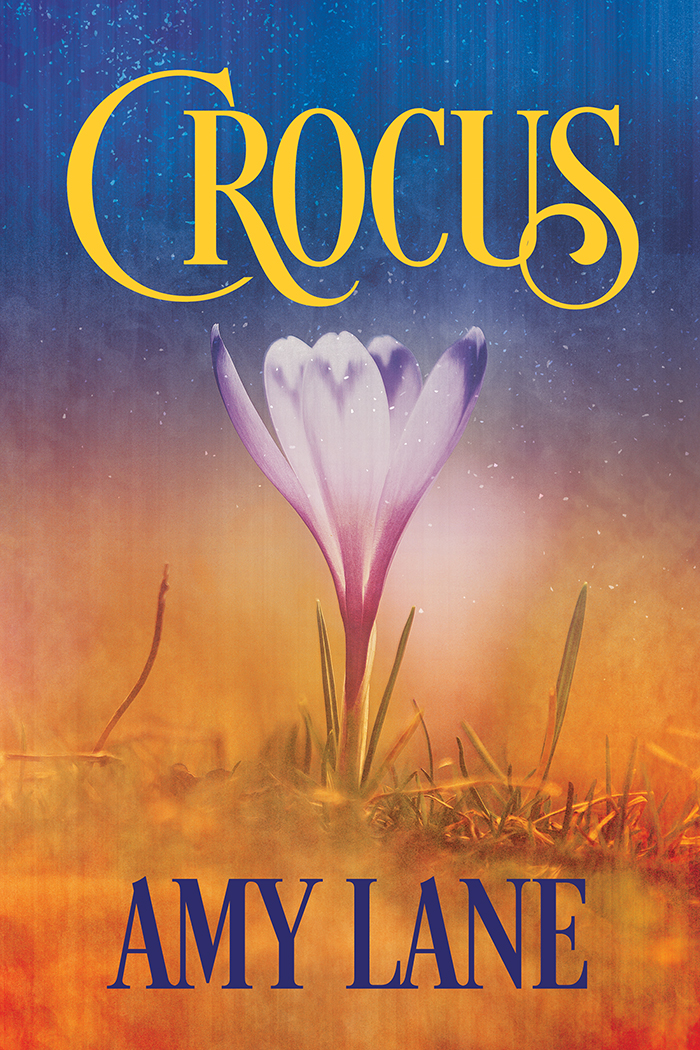 Saying “I love you” doesn’t guarantee peace or a happy ending.

High school principal “Larx” Larkin was pretty sure he’d hit the jackpot when Deputy Sheriff Aaron George moved in with him, merging their two families as seamlessly as the chaos around them could possibly allow.

But when Larx’s pregnant daughter comes home unexpectedly and two of Larx’s students are put in danger, their tentative beginning comes crashing down around their ears.

Larx thought he was okay with the dangers of Aaron’s job, and Aaron thought he was okay with Larx’s daughter—who is not okay—but when their worst fears are almost realized, it puts their hearts and their lives to the test. Larx and Aaron have never wanted anything as badly as they want a life together. Will they be able to make it work when the world is working hard to keep them apart?

Crocus is the second book in the Bonfires series.  It continues the story of Larx and Aaron, as well as their children.  Because of this, if you have not read the first book you may want to skip this review because it will have spoilers.

Since the end of Bonfires, Larx and Aaron have moved in with each other, blending their families.  They also have foster child Kellan living with them.

Both men are also dealing with problems surrounding their oldest daughters.  For Larx, it is Olivia’s radical behavior and now that she is pregnant he is even more worried.  For Aaron, it is Tiff and her reaction to the changes in her father’s life.  I will say that more than once I wanted to smack her because of the way she carried on.  Thankfully it appears as if their youngest, and Kellan get along perfectly as siblings.  While life at home is busy, and the two men are having a little trouble finding alone time, it is the problems at work that may end up throwing a monkey wrench into their relationship.

Two of Larx’s “kids” from school are going to bring a world of problems to Larx’s doorstep.  Unfortunately, they also fall onto Aaron’s radar and what results makes Larx’s think twice about him and Aaron.  In the end, though he knows that his happiness lies with the Deputy

I love the way these two men are with each other and their children.  I also love the way they are so open to adding to their brood, bringing those in need close to them.  In Crocus, the men add Jaime, Elton, and Berto.  Elton is Olivia’s boyfriend who shows up looking for Larx’s daughter.  I had to laugh at the nickname the family gives him but am glad he was not upset to be known as wombat willie.  As for Jaime and Berto, they are brothers who left gang life behind them.  It was not easy for them and Berto now suffers from PTSD, as well as guilt that he is not able to take better care of his younger brother.  When one of Jaime’s classmates, who happens to be his neighbor ends up in trouble the boys get pulled in.

I could not believe how brave Candace was.  To travel through the woods at night during a snowstorm takes a lot of guts, even if she is just a fictional character.  This just shows the work the author goes through to make the characters, main and secondary, so believable.

While Ms. Lane may not be for everyone, her stories are some of my favorites and the author is one I go to on a regular basis.  I hope she has plans to add to this series and I would love to see more of Larx and Aaron.