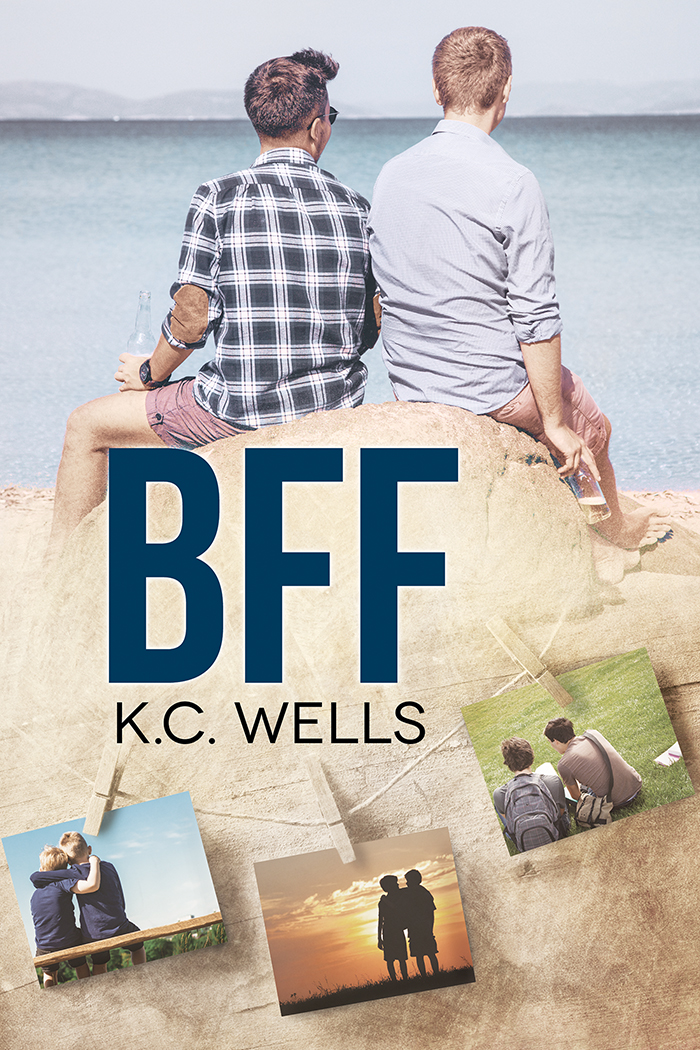 I’m about to do something huge, and it could change… everything.

I met Matt in second grade, and we’ve been inseparable ever since. We went to the same schools, studied at the same college. When we both got jobs in the same town, we shared an apartment. And when my life took an unexpected turn, Matt was there for me. Every milestone in my life, he was there to share it. And what’s really amazing? After all these years, we’re still the best of friends.

Which brings me to this fragile, heart-stopping moment: I want to tell him I love him, really love him, but I’m scared to death of what he’ll say. If I’ve got this all wrong, I’ll lose him—forever.

I absolutely love best friends turned lovers stories, so hearing the blurb for BFF by KC Wells immediately put the novel on my must-read list. In a first person account, we got to hear how David and Matt grew up together, inseparable throughout life’s major milestones, and went from being best friends to roommates to something more. They were surrounded by a family who loved them and accepted them for who they were, even if the boys did not realize how deep their love for one another actually ran until they were older.

The characters themselves held rich potential. I thought that Wells dealt with David and Matt’s relationship with care and consideration, especially since it was inspired by true events. And the approach of both Matt’s brother, Darren, and Matt’s coworkers towards his sexuality felt truthful, as the world is complex and so is the acceptance of others when revealing who you love. We got to see the depth of the devotion that existed between David and Matt, as well as understanding how one particular incident could push them to finally admit how their relationship had changed. There’s much potential there for more exploration, should we get a sequel.

The framing of the book was a bit interesting, done as if David was writing up their history in the form of a book. While much of the novel developed through the use of timestamps, there were also inserts from the author in terms of notes as if he were looking back from an adult perspective and thinking about what the events meant with the benefit of current knowledge. I wasn’t a big fan of that aspect, since I felt like it broke up the development and timeline a bit too much. I was also hoping that we could get a more cohesive continuance of story rather than the quick check-ins that were presented. Many of the accounts took place during the summer or on holidays, jumping months or years in between. It left me wanting to spend more time with the characters to see them actually develop from one event to the next. It was more of a story where we were told what happened rather than experienced it.

Despite these minor drawbacks, BFF was a heart-warming peek into Matt and David’s lives and made me hope that we might revisit these characters again in the future, perhaps telling a story more in real-time in the next go-around. There’s certainly a rich history and a potentially-rich future to draw from. We saw them go from boys to boyfriends. What is next in their journey?