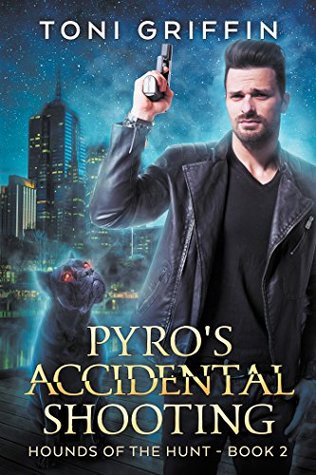 Winter in Melbourne makes the hunt for supernatural beings gone bad harder than usual during the cold foggy nights. A chill has settled deep in Pyro’s bones. One he can’t shake loose. More than anything, Pyro wishes for a heart mate of his own to come home to after the long nights of a hunt, one who understands him and his desires, who can hold him together when he needs to let go.

Life has always been planned out for Callum. His family of cops expected him to be a cop, so that’s what he became. But Callum isn’t so sure about being a detective for the Melbourne police. Not many people understand the demands of being a cop, and it’s been the downfall of more than one of his relationships. Why should his chance of loving someone get sidelined for a job he isn’t even sure he wants?

One fateful encounter on a fog-shrouded night changes both their worlds forever. Now Pyro just has to convince his heart mate they belong together while Callum tries to come to terms with a world he never knew existed and does his best to make up for accidentally shooting the unusual and intriguing hellhound.

I thoroughly enjoyed this story from word one. Who doesn’t like a hot, sexy Hellhound ? Pyro is all that and more. He , like his fellow Hellhounds ,spend their lives trying to rid  of evil that has escaped to terrorize the world.

Pyro may be  big and tough  but he longs for his mate. A mate that will have no problem dominating him in the bedroom. Callum is a sexy, hot cop. Smaller in stature than Pyro but a man who knows what he wants in a man and how to control him in the bedroom.

To say Pyro was surprised to find out that not only was Callum his mate but a dominating one..well that just made it so much better. These two characters are so enjoyable to read about. The things they see, feel and encounter in this book make for a great read. Problems arise as they do in a great story but the author did an amazing job laying it all out so I, the reader, was able to see it all as it happened. The intimate scenes are amazing with a little kink on Pyro’s side spicing things up. I will give no more away as I don’t want to take away from the  readers experience.

I highly recommend this book!