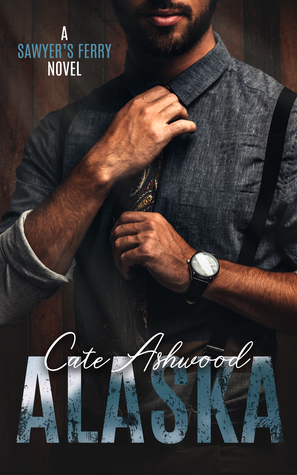 Nobody says no to a Prescott.

Not even one of their own.

Living up to expectations had never been easy, but when I went after something, I got it. Success. Money. Victory. I was standing on the doorstep to having it all. There was only one thing standing in my way.

Power and prosperity are overrated. Especially when they come at a price. When enough became enough, I walked away. Nothing had ever tempted me to look back, until one day the past showed up in my backyard.

I’m not so sure I can walk away a second time.

I was super excited to read Alaska and Cate Ashwood delivered everything I hoped for when it comes to reading romance. I’ve read several books by Ms. Ashwood and I’ve loved them all. There is something special about how Ms. Ashwood writes romance. Not only are her books well-written, she writes characters that live and breathe off the written page.

I was immediately intrigued by these two heroes. Holden has been under his father’s thumb all of his life. Between the student loans and his father’s overbearing personality, Holden is pretty much under his dad’s control. When Holden’s father demands Holden must travel to Alaska to fetch his father’s former business partner, Dr. Gage Emerson, and return with him in tow, Holden reluctantly agrees to do so. Holden knows there is bad blood between the two men and dreads the confrontation he knows is sure to come. Once Holden arrives in Alaska he knows in one of the four corners of Hell. Not only is Sawyer’s Ferry nothing like New York, Holden is convinced life in a small town would make anyone miserable.

Gage Emerson lives a full life. Between being a popular and successful surgeon in Sawyer’s Ferry, Gage enjoys what his small town has to offer. One thing Gage does not expect is for his former greedy partner to send his son to rejoin him in New York. Gage knows there is no way in Hell will he come with Holden and rejoin his life in New York and despite Gage’s insistence on the matter, Holden seems to be determined to change his mind.

Though sizzling sparks fly between Holden and Gage, it takes time for the two men to get to know each other. As the story continues and we see the two men fall into bed then fall into a friendship and a strong respect for one another, it was easy to see how much Holden and Gage were meant to be together. Through each other’s eyes, they both blossom into stronger men. Holden finally learns to stand on his own and Gage allows himself to trust and give his heart and life to another.

I loved Alaska and I cannot recommend it high enough. I’m thrilled that Alaska is the first book in a series and cannot wait to see what Ms. Ashwood has in store for us next! Not only did I fall in love with Holden and Gage, I truly adored all the characters that make up the sweet, small town of Sawyer’s Ferry.