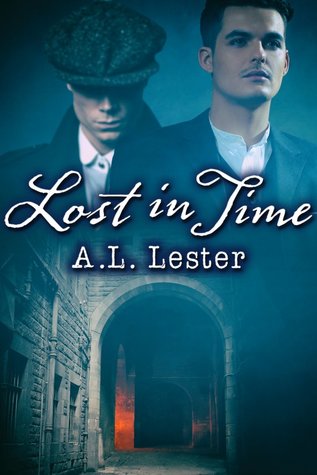 Lew Rogers’s life is pleasantly boring until his friend Mira messes with magic she doesn’t understand. While searching for her, he’s pulled back in time to 1919 by a catastrophic magical accident. As he tries to navigate a strange time and find his friend in the smoky music clubs of Soho, the last thing he needs is Detective Alec Carter suspecting him of murder.

London in 1919 is cold, wet, and tired from four years of war. Alec is back in the Metropolitan Police after slogging out his army service on the Western Front. Falling for a suspect in a gruesome murder case is not on his agenda, however attractive he finds the other man.

Both men are floundering and out of their depth, struggling to come to terms with feelings they didn’t ask for and didn’t expect. Both have secrets that could get them arrested or killed. In the middle of a murder investigation that involves wild magic, mysterious creatures, and illegal sexual desire, who is safe to trust?

I love time travel stories, particularly those that involve travel to the past.  Add in the fact that post WWI is one of my favorite time periods to read about, and I knew I needed to read this book.

The first thing that struck me when I started reading was the world building.  The time period is meticulously researched and felt very real.  I really liked the details, like Lew’s accent being not quite right, something that not everyone would think of, but makes perfect sense with the way language changes over time—no pun intended.  The author’s depiction of the setting is very much post war, with the staff shortages after losing men at the front.  Although it would have been interesting reading about Lew’s couple of years fitting into life in the 1920s, I was happy to have it just referred to as it’s not the focus of the story.

I also loved the fantasy aspect of the story with the Workers who possess some psychic ability in being able to smooth and block holes in the The Border, which is a kind of otherworld.

The two main characters come from completely different backgrounds and time periods. I liked the way in which Alec is suspicious of Lew, and their friendship takes a while to grow, rather than them acting on their attraction immediately.  I thought the author handled that attraction very well by portraying it subtly, which again is what I’d expect from something set in that time period.  Alec’s personal history is also very much on par for the time period as a gay man trying to pretend he’s not while trying to live up to expectations of the society, and I really felt for him.

Alec’s reaction after confronting Lew and getting a glimpse of The Border was very realistic. If he had just accepted all of it in his stride I would have been disappointed.

I also liked the contrast between Lew’s two jobs as a police photographer and taking photos for a newspaper.  The author describes the differences between the precision needed for one, and the artistic drama of the other nicely, and the fact Lew has had to learn to use film rather than taking photos digitally as someone from 2016 would be used to.

The supporting characters are well rounded too, and I liked the fact there were consequences regarding going up against their foe.  The Workers have a rich history—I suspect the glimpses of it we see in this story are just the tip of the iceberg. I’m looking forward to reading more about them. I was very pleased to read the beginning of the next book at the end of this one and to learn there is going to be a series. I’m now hanging out for future books and loved the set up at the end of this one.

I’d recommend Lost in Time to readers who like a good historical fantasy with a dash of time travel, realistic characters, and a story that keeps you reading