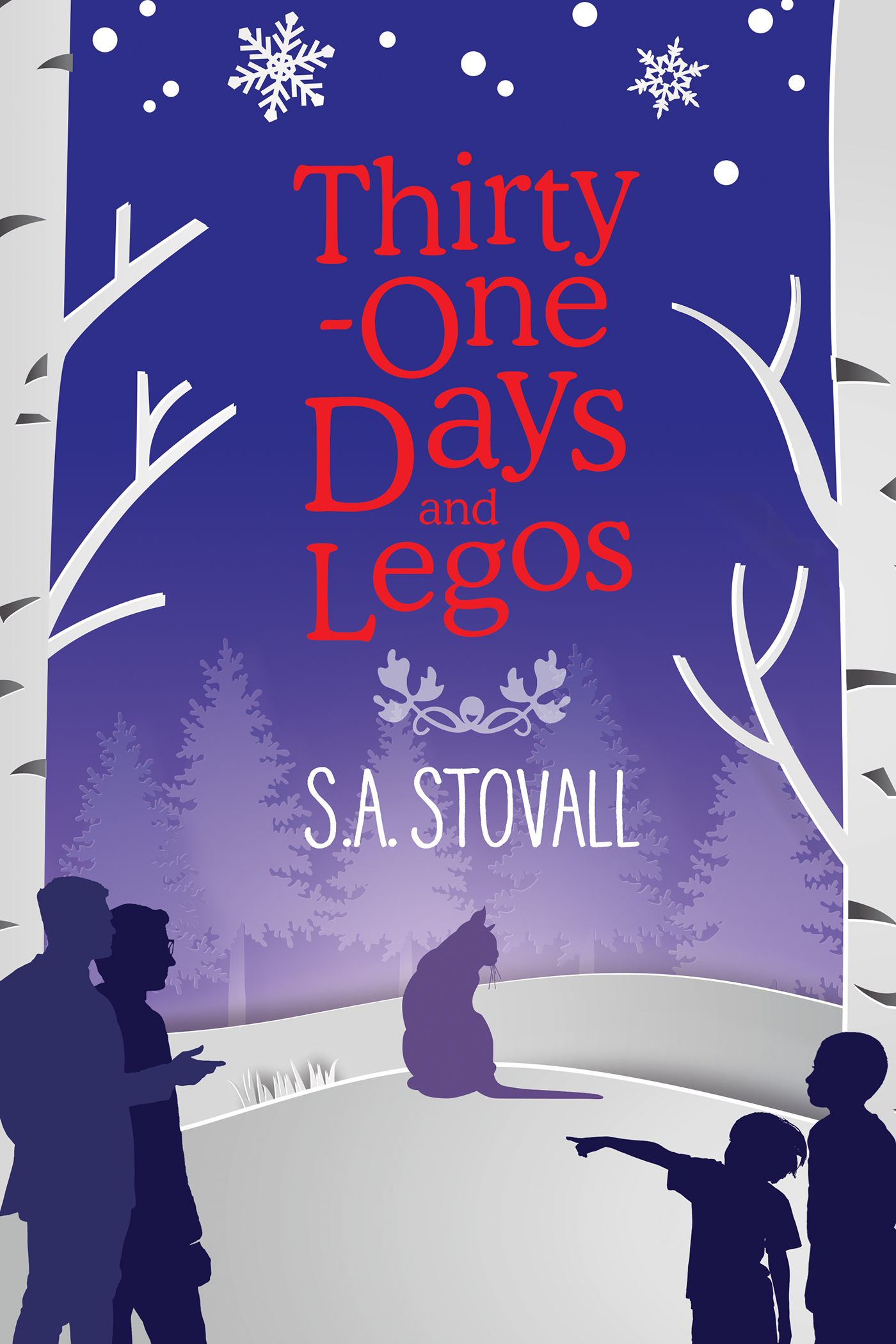 Park rangers Carter and Owen Williams have decided to expand their family and adopt two brothers—boys they rescued a year before when they tried to escape the foster system and flee to Canada. After completing their parenting classes, Carter, a reserved man who enjoys the simple life, swears he’ll be the best father possible. His patience is tested, however, when one brother adopts a cat out of the snowy Voyageurs National Park and the other brother refuses to talk about what’s bothering him.

Owen wants to make sure their first Christmas together is a special one, and he decides all of December should be a celebration. He has an activity planned for each of the thirty-one days, but none of them seem to go off without a hitch. The cat has fleas, the boys need to attend a court hearing, and Carter is more than a little overwhelmed.

But Carter is 100 percent determined to make his new family work. He just has no idea how….

S.A. Stovall has returned to the world of park rangers Carter and Owen Williams with a Ranger Station Haven Christmas novella. This one takes place a year after the first and focuses on Owen and Carter’s adoption process of bringing Luke and Edmund into their home. Readers of the former novella will remember the two boys, but if you’re like me and haven’t had the opportunity, Thirty-One Days and Legos gives enough context so you’re not lost.

The two married rangers are finishing up parenting classes at the local community college and embarking on a foster home situation with the boys over the holiday season. It seems to go smoother for Owen than it does Carter, but since it’s told from the latter’s point-of-view, this is very much Carter’s story. He’s been tense and irritable for the past few weeks because he’s nervous at the prospect of adopting, but once the boys are there it’s still a tense situation for the man. He has to learn how to deal with the boys and unexpected surprises when it comes to building the family he always wanted.

I was very interested to see Luke’s story emerging as the plot progressed. While his brother Edmund was pretty much as you see him, it was clear that the elder Luke was carrying around a wealth of emotional baggage. There was the black cloud of the boys’ father potentially coming back into the picture, since he hadn’t given up legal rights, the issues of Luke’s documented behavioral and educational issues, the boys’ need to please their foster family so that they wouldn’t get kicked out…lots of things to unpack over the course of the novella so that we could reach a happy conclusion.

In terms of the parents, Owen was the easy fit. He likes kids, gets along with them, and is definitely into the holiday spirit with his month-long planned activities. Carter’s the one that seems the odd-one-out, uneasy around kids and not quite sure how to interact with Luke and Edmund, but he did try hard because he wanted this family thing to work out. And he could bond with Luke on a level that Owen could not, which packed a good emotional punch. I’m hoping that the author returns to this universe again because there are definitely more stories to tell about Owen, Carter, Luke, and Edmund. For myself, I’m curious enough to want to go back and read the first story in the series while I wait.