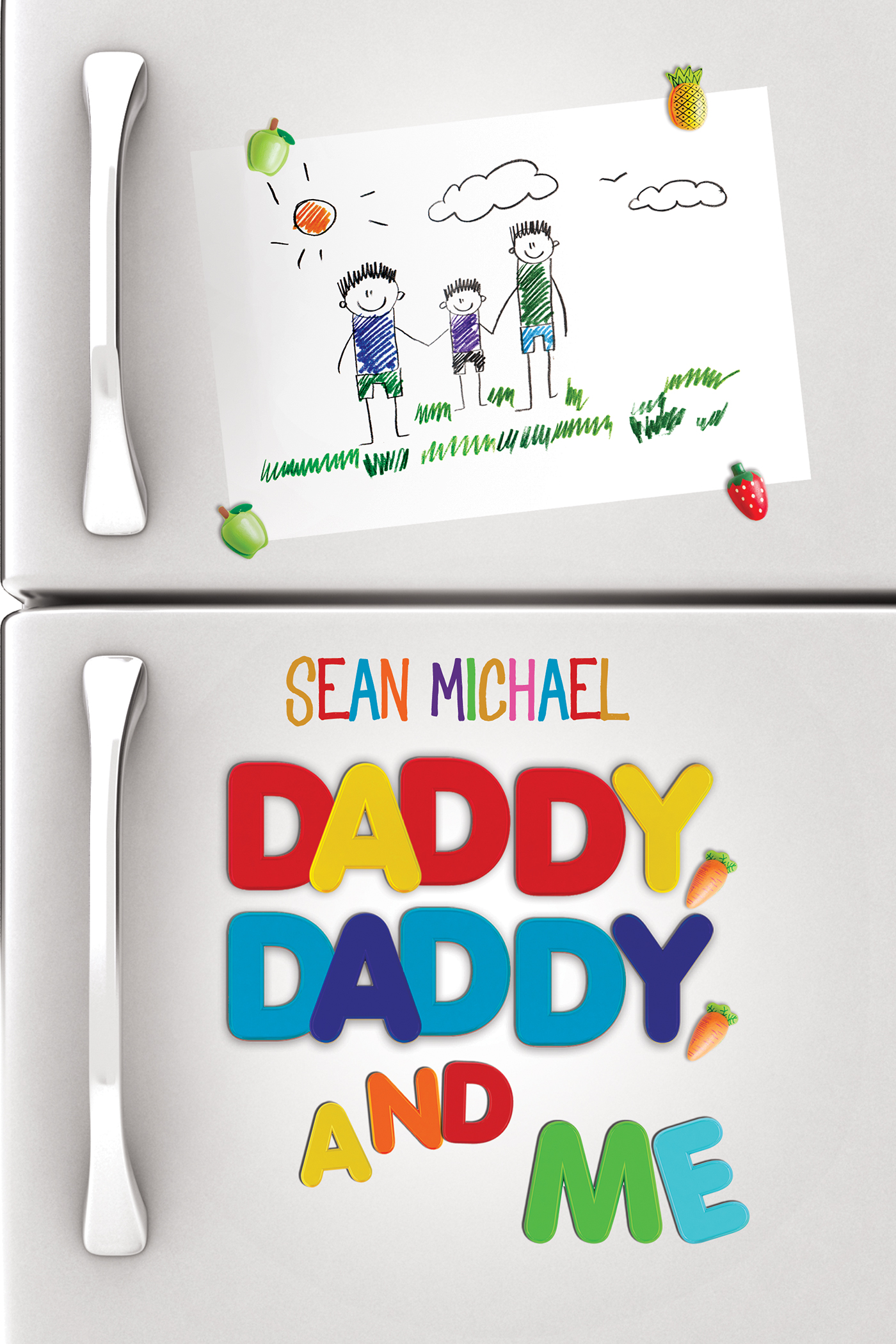 Title: Daddy, Daddy, and Me

When Jeff agreed to be the sperm donor to his best friend Beth, he never expected a tragedy to leave his newborn and three-year-old motherless. Beth’s loss has totally thrown his life into chaos: his lover has left him, his house isn’t anywhere near childproof, and his boss feels the restaurant has been patient enough with Jeff’s time off.

Donny has always known he wanted to work with kids, and he just finished his degree in early childhood education. He didn’t count on the prejudice he’d face as not only a male nanny, but a gay one at that. Job-hunting has been frustrating to say the least, so when he knocks on Jeff’s door and is greeted by the sounds of things breaking and a pair of screaming children, he thinks maybe he can begin this particular interview with a trial by fire.

Becoming the nanny to Jeff’s children might be a dream come true for Donny and exactly what Jeff needs, but are either of them ready to really be a family?

Everyone knows that if you tempt me with kids-fiction, I’m going to be on board for a read. So, Daddy, Daddy, and Me was definitely a novella to put on my list. I should note, before getting into the review, that the title is a bit of a misnomer since it’s not written from the child’s point of view, but instead alternates between the father and the nanny tasked to take care of the children.

The first time Donny meets Daddy Jeff, as he is affectionately called, the man is chasing after his naked son, hit foot is bleeding from stepping on a broken lamp, and his daughter is screaming upstairs. But the chaos is what Donny came there for, after all. And as he wins over his soon-to-be-boss with his efficient way of taking care of the situation, Donny situates himself firmly into their home as an essential part of the family. And as he grows closer to the children, he grows closer to Jeff as well, and their relationship becomes less employer-employee and more romantic partners who are committed to their family. But it won’t be easy sailing, as the memory of the children’s dead mother, Beth, is constantly on the family’s minds and Jeff’s former boyfriend, Mitch, is threatening their happily-ever-after. But tragedy can lead to triumph as long as they have each other!

Overall, the plot was quite sweet, although a bit expected at times. There wasn’t much threat to Jeff and Donny’s emerging relationship. Yes, Jeff and the children miss Beth tremendously, but her parents quickly accept Donny as the new parental figure in the family and the children accept Donny as their new daddy as well. And although Mitch threatens Jeff with taking his home, and eventually destroys it in the process, he quickly fades away without any looming fear that he will return. The children were cute, although I found the boy, Robin, to have simplistic speech at times whereas he was age-appropriate at other points. It didn’t deter from liking the storyline, however, and in the end everyone came out with a happily future to look forward to. Jeff, Donny, Robin, and baby Kimberley are settled and have a wonderful life to look forward to together. That’s all that matters!

If you like kids-fics, nanny love stories, or the determination that things will always work out in the end, then you’ll likely enjoy Daddy, Daddy, and Me as much as I did. A good read and well worth picking up.