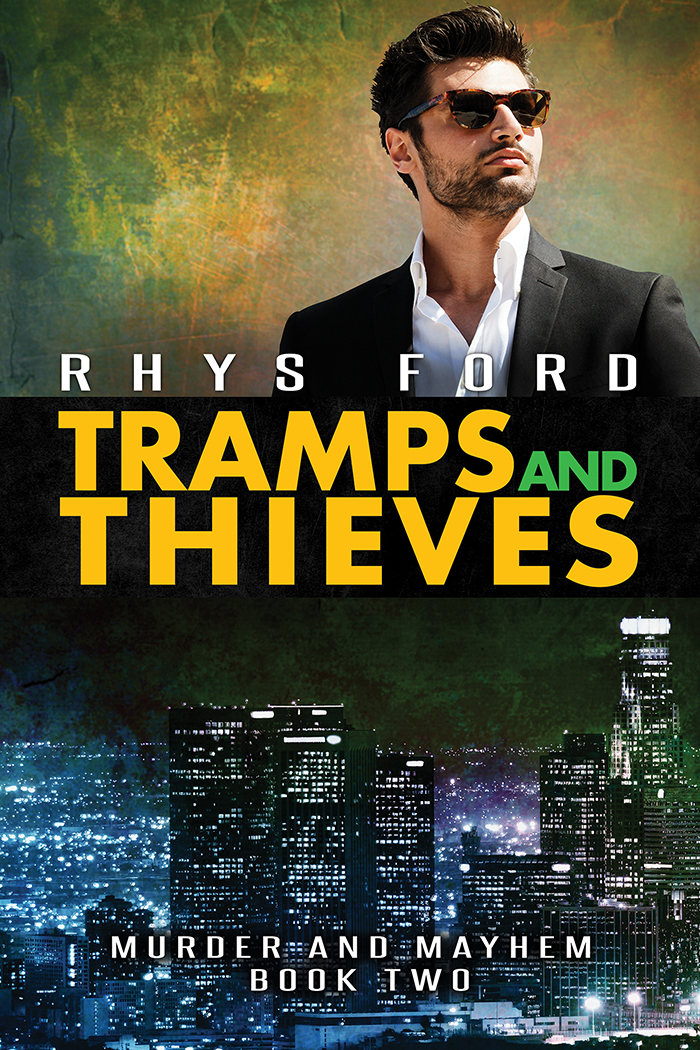 Whoever said blood was thicker than water never stood in a pool of it.

Retiring from stealing priceless treasures seemed like a surefire way for Rook Stevens to stay on the right side of the law. The only cop in his life should have been his probably-boyfriend, Los Angeles Detective Dante Montoya, but that’s not how life—his life—is turning out. Instead, Rook ends up not only standing in a puddle of his cousin Harold’s blood but also being accused of Harold’s murder… and sleeping with Harold’s wife.

For Dante, loving the former thief means his once-normal life is now a sea of chaos, especially since Rook seems incapable of staying out of trouble—or keeping trouble from following him home. When Rook is tagged as a murder suspect by a narrow-focused West LA detective, Dante steps in to pull his lover out of the quagmire Rook’s landed in.

When the complicated investigation twists around on them, the dead begin to stack up, forcing the lovers to work together. Time is not on their side, and if they don’t find the killer before another murder, Dante will be visiting Rook in his prison cell—or at his grave.

Tramps and Thieves is the second book in the Murder and Mayhem series.  This is a series that needs to be read in order, please keep that in mind when reading this review if you have not read the first book.

When the book opens it looks as if Rook is back to his old tricks and for a moment there I was a little worried.  I really loved how the author used this hook to pull the readers back into the world created for Rook and Dante.  As I said it looks as if Rook is honing his skills has a cat burglar but, unfortunately for Rook not only does he not find what he is looking for, he ends up finding his cousin, Harold, dead in his bed.  Of course, that is not the worst of it, as he becomes the prime suspect after the police show up.

Standing by Rook through everything is Dante.  I love the way Dante believes in Rook, never thinking for once that the young man could ever kill his cousin.  With all that is going on not once does Dante really worry about how things would go for him at work because of Rook.  While the relationship between Rook and Dante continues to grow, and their passion is intense, it is the mystery that will really hold the reader’s attention until the last page.

The Maltese Falcon plays a key role in this aspect of the story which makes sense given Rooks occupation.  There are a lot of twists and turns as well as a few surprises that will shock the readers.  There is a scene, that at one point about had me crying.

While the mystery is wrapped up in a way that readers are sure to enjoy, it was the finally pages of the story that I am sure will have many fans of the series talking.  Now we just need to wait patiently for book three.