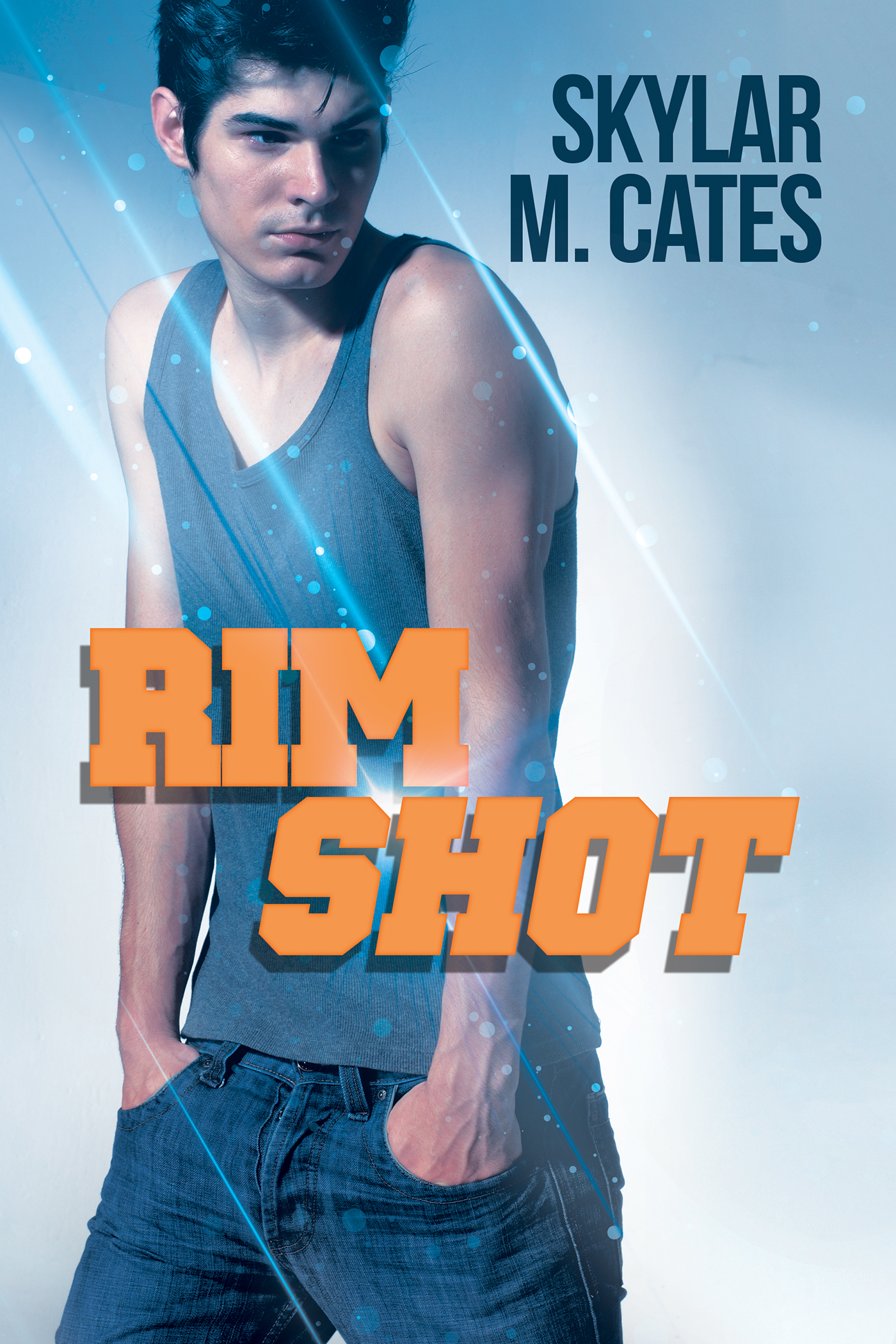 Can college roommates go from friends to lovers?

Kyle: I’m confident that with hard work, my position as point guard can carry me from rural Indiana to the NBA. I also know I’m attracted to guys, but admitting it might disappoint my father, who is all I have in this world. I have big dreams, so I’ll stay in the closet. As long as my life remains scandal-free, I have a shot.

Micah: My large family can’t spare the money to help with my education, but that won’t stop me from studying medicine. I needed to get out of the house I was sharing with my ex before I went insane. Luckily, I heard about a guy looking for a roommate. Living with a straight jock won’t be easy, but it’s a chance I’m willing to take.

Rim Shot is a new novel by author Skylar M. Cates.  This is a fast paced story with a couple of college boys at its center.  Both the guys, and the story line, will pull the readers into the story and keep them turning the pages until the end.  While the story is not really angst ridden  I believe there are a few moments that will surprise the readers

Kyle is a star basketball player on his college team.  Raised by a single father, he plans on using his skills on the court to make it to the NBA, but in order to do that he feels he has to keep his private life just that, private.    Keeping things private might have just gotten a little harder though when Kyle gets a new roommate.

Micah is struggling to keep things running smoothly in his life.  Working two jobs just to remain in school was hard enough but now he is forced to share a house with his ex-boyfriend and the ex’s new squeeze.  If Micah doesn’t figure out how to change things soon he may just go crazy.  When he gets a call from Kyle he can’t believe his luck is starting to change.

Things between the two young men are shaky from the start as each tries to get use to the other.  To make matters even worse, there is chemistry between them that each tries to ignore.  Its not to long before a friendship forms between Micah and Kyle.  As you would expect that friendship soon becomes more.  I actually like that the author keeps these two friends for awhile before moving them in to the lovers category.   Although I have a problem with Kyle’s need to keep his relationship with Micah quite it is understandable.

As the relationship between the young men changes so do the priorities in their lives.  Slowly they begin to see that it is possible to get the things the want in live with out having to sacrifice what is important.  I liked watching them come to terms with not only their feelings for each other but others in their families.

Rim Shot was a great read and I am glad I was given the opportunity to read it.  This is a story the fans of the author are sure to enjoy, while at the same time bringing the author new ones.