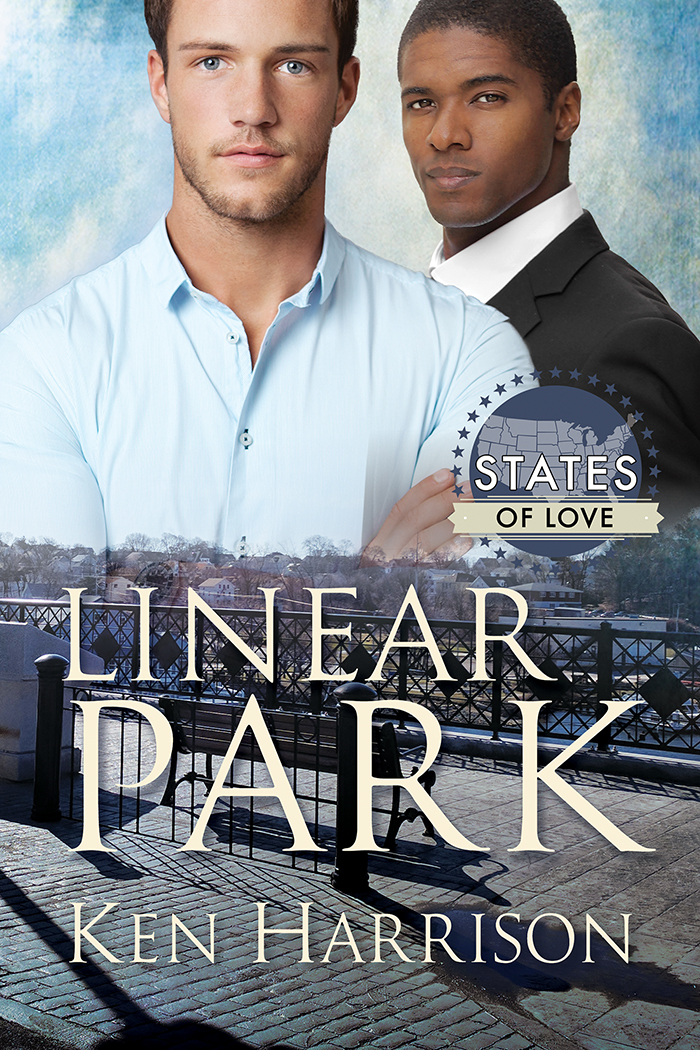 Sean and Nick’s life together was a fairy tale: childhood friends who became lovers, high school sweethearts who married after college, both handsome professionals. Sean always enjoyed a few drinks, but after the death of his father, his alcoholism spiraled out of control… and it cost him everything.

When Sean loses his job and becomes too surly and unreasonable to live with, Nick has little choice but to end the relationship. Sean can’t blame Nick for giving up—not after the arguments and the lies—but he longs for the happiness and love they shared before he spoiled everything. He resolves to get sober and win back his husband. But even if he wins his battle with alcoholism, will it be too late to save his marriage?

I am always drawn to stories that involve established relationships, especially if the two characters knew each other growing up, so you would think Linear Park was right up my alley. And the concept itself was. Sean and Nick knew each other since kindergarten, fell in love, got married, and then ran into some marital problems as a result of a life tragedy. The set-up was great, but the follow-through left me desiring a bit more than was delivered.

When we pick up the story, Sean and Nick have been separated for about four or five months. Over the course of the next 60 pages, we get a lot of backstory on what their life was like before, interspersed with how Sean is focusing on the future and wanting Nick back. The disintegration of their relationship came about soon after they were married. When they returned from their honeymoon, they found out Sean’s dad had cancer and only three months to live. The toll of the ill health, as well as his dad’s subsequent death, caused Sean to turn to the bottle as a coping mechanism. And the more he drank, the worse his home life became. Finally, after Sean loses his job, accuses Nick of cheating, and ends up having to be bailed out of jail, his husband had enough. Nick’s breaking point causes Sean to have to shape up and try to repair his life.

There seemed to be a lot of telling in order to detail the four months of sobriety Sean achieves, going through the motions of attending meetings and fearing the worse when it comes to his broken marriage. Nick only enters the picture again when Sean leaves him a voicemail, hoping his husband doesn’t hate him, and Nick sends back a text message that he doesn’t. But the repair and resolution of their troubles don’t actually get a good focus for me. They have dinner, Sean agrees to go in as equal partners flipping a house with one of his friends from the alcohol support group, and then he sees Nick at a park where they kiss and the story’s over. I feel like I was very far removed from the story as a whole, and especially in having any kind of connection with Nick. Perhaps if these characters were returned to again, and more focus on them together was the intention of the plot, then I could be more satisfied. As it is now, I got a small taste of what might have been, but not enough story for what was.