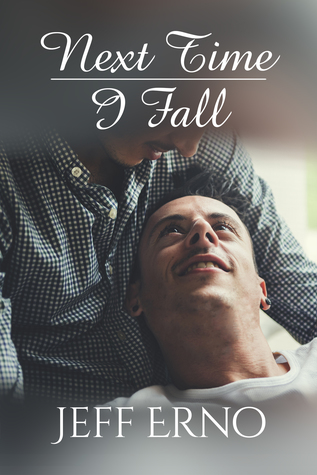 Title: Next Time I Fall

Eric Daniels has a habit of falling for unattainable men. For the past two years he’s pined for a man younger than him who has no interest in a relationship and just wants to use him. When Eric suddenly finds himself alone and again jilted, he swears it will never happen again. Then he meets Steve. Steve Warren has recently started his job as associate pastor of the local Baptist church. While canvassing the neighborhood to promote the church’s vacation Bible school program, he encounters a man who sticks in his memory. Though he doesn’t catch his name, he recalls the man’s black Labrador retriever, Drake.

Steve has a dog of his own, a boxer named Felix. And when they bump into each other again, not only do the dogs hit it off, but so do the humans. A friendship begins. Steve suddenly finds himself facing the harshest reality he’s ever endured. He’s been aware of his attraction to men for a long time, but his religion teaches homosexuality is an abomination. How can he reconcile his feelings for Eric with his faith? If he comes out as gay, what will it do to his career, his family, and his church? But he can’t go on forever using his religion as a shield to hide behind. Living a lie is bearing false witness, so he must find a way to be true to his faith while following his heart. Is there any way to move forward without hurting a lot of people he loves?

I am a fan of stories involving men falling in love, especially when they have to overcome adversity, and it’s an extra bonus if they have pets that strike up a quick friendship. And that means Next Time I Fall hit all my buttons! Erno provides us with a storyline that makes the reader consider what defines us and how to be true to oneself.

Both Eric and Steve were portrayed realistically, with all the baggage that comes along with life. While Eric’s struggles were a bit simpler, balancing the sure-thing ex-roommate with the forever-love that he has building with Steve, the preacher has a whole lot more on his plate as he comes to terms with who he is and who he loves. I appreciated how Erno approached the issues of strict religious ideals with the various interpretations different churches have with doctrine. And what surprised me a little was the way Steve’s parents reacted to his coming out, or more specifically who supported him and who took a bit longer to come around. But in the end Steve was true to himself and that’s what mattered.

The ongoing storyline with Luke was quite good and helped reflect what Steve must have been going through during that time in his life. I liked that Steve was able to guide Luke and help him find acceptance, rather than leaving him to deal with the condemnation that the original church might have brought upon him. It’s okay to be gay, and the sooner a child can find that acceptance, the better off he or she will be.

For me, the only drawback to the novel was that the POV wandered between Eric and Steve, and sometimes even jumped over to a secondary character for a brief bit. While I could follow it, and the changes did happen on section breaks, I do tend to prefer sticking with a single POV in stories. But that’s a personal preference on my part and doesn’t detract from the overall writing or plot that Erno provided us.

So, if you’re looking for some self-reflection, a bit of falling in love, and two pups who are fast friends, you should pick up a copy of Next Time I Fall. And I will await the next release by Jeff Erno.

Click HERE to purchase Next Time I Fall by Jeff Erno