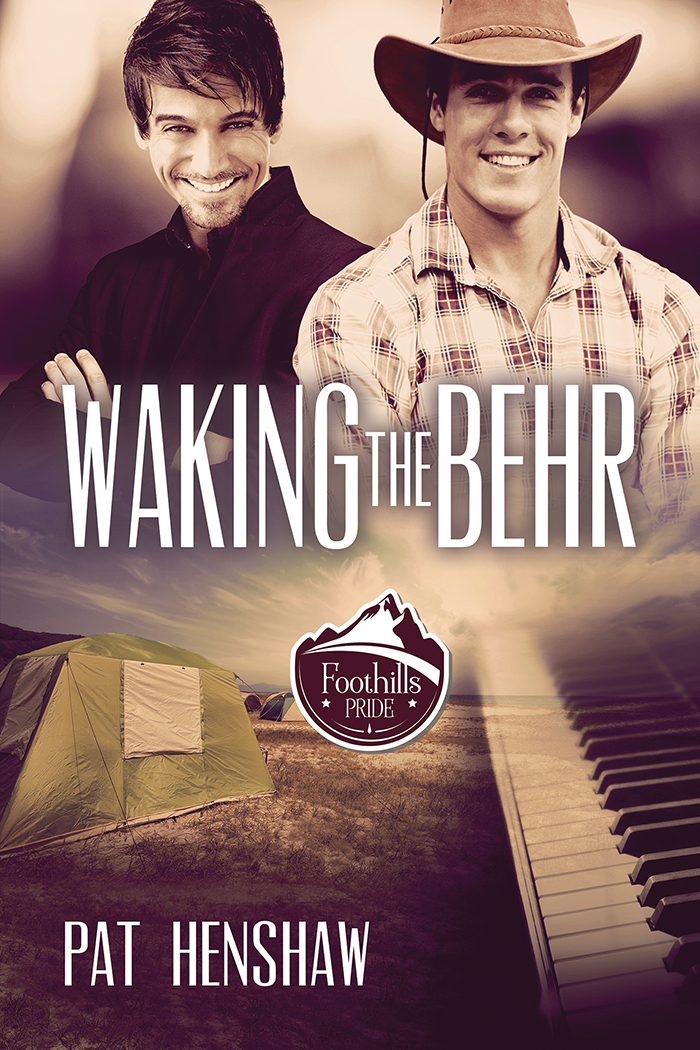 Both Ben and Mitch think they know exactly what they want. Turns out, they don’t even know their own hearts.

Good old boy Ben has dated women his entire life, while gay nightclub owner Mitch has never considered unsophisticated country boys his type. But after they start hanging out, the small-town contractor and the urban entrepreneur are both stunned by the electricity sparking between them.

As they step outside their comfort zones to spend time together, Mitch finds he enjoys rural car rallies, and Ben is intrigued by the upscale bars Mitch owns in San Francisco. When they share their lives and grow closer, they start to question the way they’ve always defined themselves. Then they kiss and fling open the door to love. Now they must step up and travel the road that may lead to happily ever after—even if that path isn’t one they ever expected to walk.

Love doesn’t follow the rules, as main character Ben soon learns in Walking the Behr. Although both his brothers, Abe and Connor, have come out as gay prior, Mitch never thought he’d do so as well. That is, until Mitch wandered into his town and into his life. Now Ben is wondering what this new-found attraction means and if he’s been hiding a part of himself all his life.

What I liked about this story is that the author didn’t immediately jump from attraction to acceptance too quickly. Ben has to take time and really consider why he’s suddenly attracted to a man. And he also must consider if that attraction is even real, since it’s a jumble of emotion inside his head and all new feelings for Ben. The ongoing pull between being territorial over Mitch and wondering if his brother, Connor, is actually the better partner for this rich city boy was a great thread that ran through the first part of the book. It made the developing relationship feel more real.

The one component I didn’t like, or perhaps just didn’t understand, was the presence of Mitch’s ex, Glen, throughout their tour of Mitch’s clubs. He was just annoying and always-present, but didn’t seem to pose any real threat, even when he was described as looking for a fight. If he had been utilized as a real threat, I could see him playing a more dynamic role. At present, though, he was just a detour from the story that I could gladly overlook.

All in all, though, Walking the Behr was a sweet, romantic story of two men who seemed to be such opposites, yet found commonality in their love for one another. I’m not sure what the future holds for Ben and Mitch, but I do know that I enjoyed seeing the two of them becoming one.