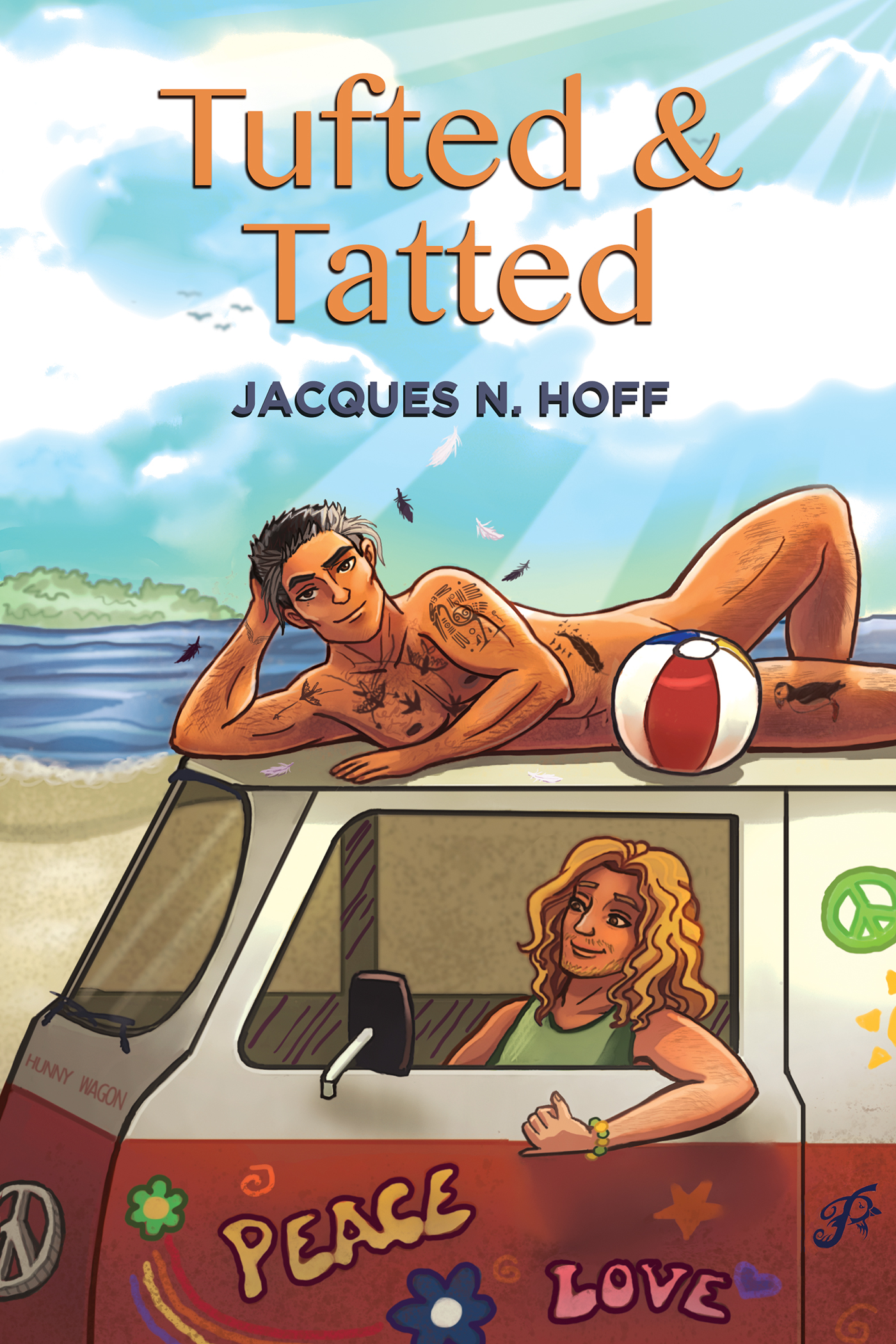 Freed from the Australian zoo where he was the subject of forced breeding experiments, Atticus makes his way to the tufted puffin grounds in California, only to find he may not be free after all. Atty is a loner, but he doesn’t want to fight the pull of a flighty surfer who gives his inked skin a pleasant, uncontrollable itch.

Scott has the sun on his face, the waves beneath him, and gratitude for every second of life he gets to embrace. Then Atty appears, and it’s like the universe has tuned his meditation bell to the perfect frequency.

The Tiki Pro surfing competition in Florida is calling to Scott, and Atty agrees to make sure Scott gets there safely. A cross-country road trip in the Hunny Wagon seems like a perfect way to live in the present and get tantric all at the same time.

But they aren’t making this trek alone.

Tufted & Tatted centers around tufted puffin shifter Atticus and his rather sudden mating attachment to a flighty surfer named Scott. Atticus was not looking for love or mates or anything of the sort when he was freed from his zoo enclosure. After all, he saw what his friend Irwin and his French booby mate Mickey were like, all committed to each other and willing to go to the ends of the earth with each other. Atticus was not looking for any of those hang-ups. But love does not abide by anyone’s timeline, and soon Atticus is bonded with a surfer dude who appears to have a few gaps in his memory and his awareness.

What commences is a cross-country trip, where Atticus tags along with Scott on the way to a Florida surfing competition. But what could have been a meaningful storyline where the two get to know each other and reveal a bit more about their bond gets a bit short-changed by the light plot. Tufted & Tatted is the fourth book in the Peckers series. Having never read the three prior books, I came into this a bit lost and all my questions were never really answered. Perhaps the Shifter origins were explained in an earlier book, but coming in as a new reader I did not get that information. Nor did I get clarity on Scott’s car accident, which gave him the blackouts and amnesia in the first place. Was it truly an accident or was it insurance fraud, which was the implication that continued throughout much of the book. I felt like I was just dropped into the middle of events and then pulled out again, and that made my enjoyment of the book decrease. So, too, did the flipping points-of-view, but that’s just a personal preference, and I could have overlooked it if the switches came with answers to the lingering mysteries of the backstory.

Coming out of this book, I was intrigued enough by the concept of the universe to want to know more. Which means I’ll likely go back to the beginning and ready all the books in order, in hopes that my questions are answered along the way. And that’s the advice I’d give other readers who are new to the series. Don’t jump in at the end, else you might find yourself lost and wondering too much to enjoy the developing story of newly-bonded mates Atticus and Scott.

If you’d like to read the entire Peckers series, the books in order are:
• Jay Walking
• Cockstrut
• Masked Booby
• Tufted & Tatted