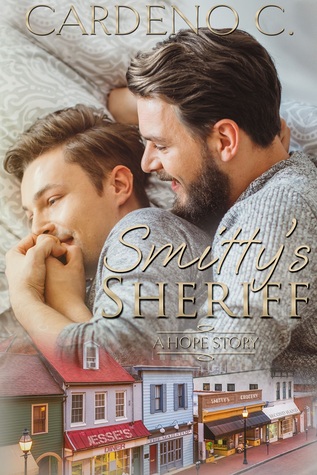 Todd is too flakey. Richard is too stubborn. Together, they’re perfect. A May-December couple get a second chance at love.

Retired soldier Richard Davis wants a stable life in a quiet town with a forever man. Becoming the sheriff of Hope, Arizona, accomplishes two of his three goals, but instead of finding a serious partner, he falls for too-young-to-be-committed and too-flakey-to-be-serious Todd Smitty. Richard won’t find the right man if he’s obsessed with the wrong one, so he walks away from Todd.

It’s lust at first sight when Todd meets his sister’s army friend. He sets his sights on the worldly, strong, stable older man, and the more time he spends with Richard, the harder he falls. But after three years together, Richard cuts off all contact with no explanation.

When a mutual obligation requires Todd to move into Richard’s house, he’s thrilled at the opportunity to earn a second chance. Ignoring Todd from across town was hard enough. Can Richard resist temptation under his own roof?

Smitty’s Sheriff is the third book in the Home series and it’s one of my favorites. I’m a sucker for May/December romances and Cardeno C is the master at telling a great story with compelling characters that you can’t help but fall in love with.

There is a wealth of miscommunication between these two men. In their past, they don’t discuss their wants and needs, instead they assume what the other man wants. It’s because of this that Richard breaks it off with Todd with the thought that he is doing the younger man a favor. I really liked how they were brought into each other’s lives again and I enjoyed watching both men truly learn how to communicate with one another as their story progresses.

The Hope stories is a feel-good series filled with plenty warm fuzzy feelings and romance. Each and every book in this series has been a keeper and I cannot wait to see what the author has in store for us next!

The Hope series in book order are: