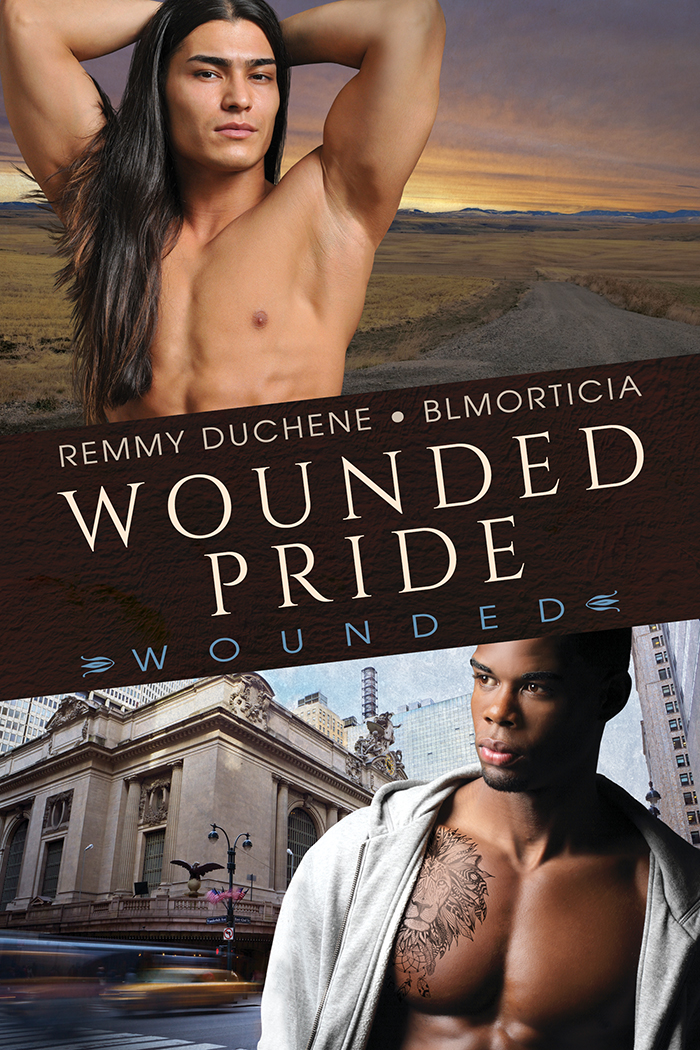 Renford Kline is straight… right? He got over his experimentation in college and moved on. Then how does he explain his blush-inducing fantasies about Brian Daystar? Fantasies he’s having when he should be focused on his career move from attorney to professor. When Brian comes to New York, Renford knows he’s in trouble. Everything about Brian attracts him—from his tight body to his beautiful, dark hair—but Renford is straight… right?

Brian Daystar needs a break. He’s been working nonstop to turn his Montana ranch into a safe haven for at-risk youth—so much so that he can’t even bring himself to care when he finds out his partner, country star Corey, is cheating on him. Their relationship has been over for a long time, but it might take his feel-ings for Renford to make Brian accept it.

Both men have decisions to make. Renford must come to terms with who he truly is, and Brian is going to have to decide if he will shun his happiness or embrace it.

Wounded Pride is the second story in the Wounded series. This story centers on Brian and Renford, characters that showed up in the first book. These characters will pull you into their story from the beginning. Both are strong men facing changes in their lives. Brian is working hard to make a haven for LGBT youths while holding onto his boyfriend who is starting to make it big in the music industry. Renford on the other hand is an attorney in the process of becoming a professor.

There is a strong attraction between the two from the moment they first meet, however, Renford thinks Brian is too young for him. Then there is the fact that Brian already has a boyfriend, even if he is an ass. For Brian, he thinks Renford is straight and while things between him and his boyfriend are not going well, Brian feels guilty for the feelings he is having for Renford. When Brian goes to visit Corey, Zane asks Renford to let the younger man stay with him. It is during this time that the two men get to really know each other.

I really enjoyed Wounded Pride. The characters are likeable and I liked that the readers had the chance to see the characters, especially Brian, grow while figuring out their feelings for each other. Of course, every good book needs a little angst, and Wounded Pride is no different. However, while there is enough angst to keep this story from being too sweet, it is not so much that the readers will feel bogged down. I loved the way Renford goes about fixing things between him and Brian when the men have separated.

Wounded Pride is a collaboration between Remmy Duchene and BL Morticia. Fans of both these authors will be glad to know that the writing is so well down that you cannot tell were one writer’s voice starts and the other’s ends. This smoothness is not always found when a book is written by more than one author, the fact that these two have it means I will be buying more of their stories in the future.