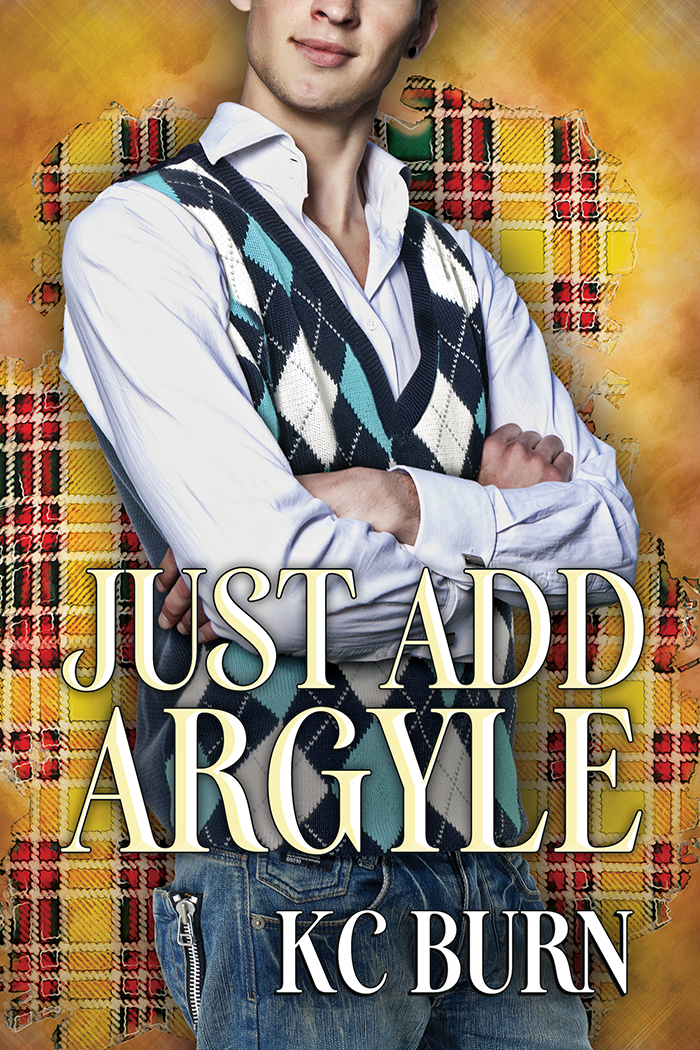 Tate Buchanan is a troublemaker who can’t keep a job, no matter how many times his lucky argyle sweater gets him hired. Add to that a learning disability and an impetuous nature that sends him into altercations to protect the defenseless, and he hardly manages to make friends, let alone find a man who’s interested in him for more than one night.

Most people think EMT Jaime Escobar is a player, but the truth is he wants a serious partner—he just can’t justify wasting time on guys he knows aren’t a match. But when he treats a gorgeous redhead after a fight, he finds the spark he’s spent so many years looking for.

Jaime wants to take the next step with Tate, but it’s clear Tate’s not going to curb his impulsive behavior—his next fight sends him to the hospital. Jaime’s relationship with a near criminal isn’t something his family is ready to accept, not any more than Tate is willing to be kept a secret. Jaime will need a lot of understanding—and some luck of his own—to keep them both. But this is one fight he’s going to see through to the end.

The Fabric of Hearts series just keep getting better and better. It is so easy to get wrapped up into these amazing characters’ lives and enjoy the stories they have to tell.

Who doesn’t love Jaime? OMG, I for one, have been intrigued with him since he first made an appearance in book one. Throughout the first two books, Jaime is always sexy but there has been an air of mystery to him that has kept me fascinated with him. I was thrilled to see him get his own story and I am so happy by the way things turned out for him.

Jaime is a caretaker at heart. As a EMT, he lives to help others and excels at being both comforting and a professional at his job. Jaime is often misunderstood and perceived as nothing but a player with no intention of every wanting to find true love for his own. Though he is close with his family, Jaime often keeps his inner demons and feelings about his life and love to himself. He secretly longs to have a special relationship like his cousin, Caleb and his partner Raven and his close friends Will and Dallas. Just when he thinks true love isn’t for him, he meets Tate under surprising circumstances. Jaime is a man of instincts and once he meets Tate he knows deep within his heart, that there is something very special about the younger man. Despite the mystery that surrounds Tate’s life, Jaime is determined to get to know Tate and even wedge his way into Tate’s wary heart.

For Tate, life has been one struggle after another. He’s endured a lot of abuse and neglect from those who are supposed to love him and because of this, Tate has had to fend for himself for most of his young life. Tate struggles with math and because he has a mother who is a worthless bitch *sorry…I honestly hated that woman* Tate doesn’t think much of himself. Though he’s been ignored and fallen through the cracks, Tate has learned to survive by his street-smart intelligence and ability to always protect himself and others that are weaker than him.

Tate is one of those men who have a heart of gold. Like Jaime, he is an easy character to love and root for and even though these two men seem to be polar opposites, they fit together perfectly. Watching both men bring out the very best in each other was a amazing. Also, I loved the way they truly liked, admired, loved and had a true respect for each other. All in all their relationship develops into a cherished one and it was simply a joy watching these two wounded men share something special between them.

I love this book! I love this series and I can’t wait to read more about these characters! Just Add Argyle is a beautifully written love story that will live in your heart long after you finish reading it. The Fabric of Hearts books is a series that should not be missed and I am anxious to see what is in store for us yet.

The Fabric of Hearts series in book order are: