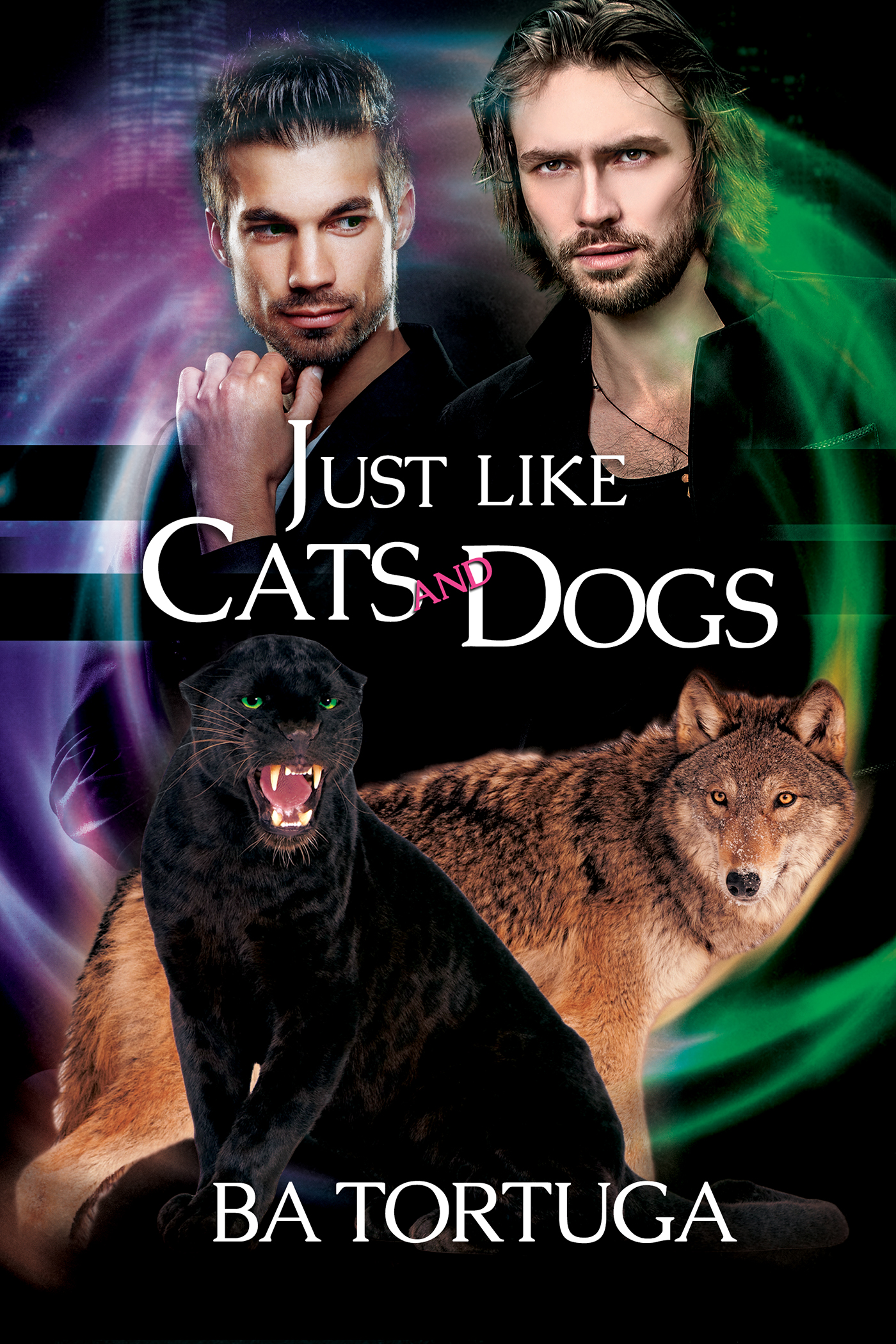 Can cats and dogs ever get along, let alone fall in love?
Sam knows you can never go home again. As an orphaned feline shifter raised by wolves, being an outcast is nothing new to him. But the pack is still his family, and when one of them passes away, Sam returns to the New Mexico desert to say good-bye.
Gus is a loner who rarely returns to his pack, but as fate would have it, Sam is there when he chooses to visit. The history between Gus and Sam is tumultuous, to say the least, but when Gus gets an eyeful of the grown-up and gorgeous version of his childhood bully, he can’t control his reaction. And he isn’t alone.
The attraction is powerful, but so are their differences. And with trouble brewing in the pack and danger surrounding them, Sam and Gus might not have the opportunity to seek com-mon ground.
This action-packed shifter novel is the ultimate opposites attract and enemies-to-lovers ro-mance, and it includes a bonus novella, In the Dog House.

Just Like Cats and Dogs is the first book in the Sanctuary series by author B.A. Tortuga. This is the second edition of this book and was originally published by Torquere Books. A novella follows this current edition, as well as a sneak peek at the second book in this series.

Sam is a feline shifter adopted by a wolf shifter family. Because he is a feline, he has always been an outcast, even within his own family. When he left New Mexico, he had no plans of returning, but then his adoptive father died and Sam returned to say his good-byes.

Gus is a wolf and during their high school days he enjoyed tormenting Sam. When he sees, the other man has returned he can’t help getting a few jabs in. At the same time, he is drawn to Sam.

This shifter story is a little different from others. It’s not the fact that the MC’s are from different species, or that they are mates. It is the fact that these two don’t realize right away that they are mates. There’s no “pull” that makes them come together, instead there is a rightness that makes them want to be together. That does not mean that everything between them is roses and sunshine. In fact, it’s just the opposite.

Gus’ life and family is in New Mexico. Sam’s is in New York. They think of each other often and when they unexpectedly run into each other, they take advantage of the situation. While they may not be ready to reveal their feelings to each other, they are no longer denying those feelings to themselves. I love the connection that develops between these two men. Even though they do not come out right away and declare their feelings for each other it is evident in the way they act. I love that they call each other puss and pup.

This story also has a few twists and turns that readers will not see coming. Even though I had read this book when the first edition came out, I was still shocked and worried about Sam. I did want the smack Gus a little and loved that Sam’s sister and brother were there to talk some sense into him.

The author did a good job wrapping this story up. Readers will approve of not only the ending, but also the short story that follows. I can’t wait to see what the second book will bring as the author did a great job building the suspense with the short story and sneak peek. Fans of this author really need to add this book to their must-read list if they have not done so already.