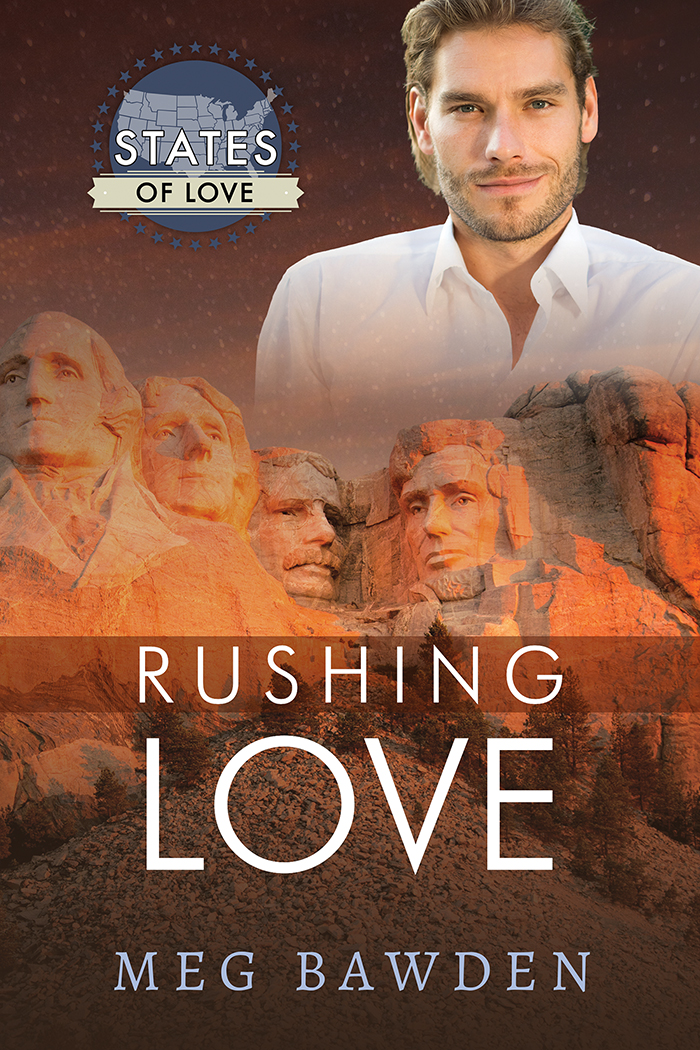 After a devastating breakup with the man he thought he’d spend his life with, Flynn Webb takes a vacation to a South Dakota dude ranch. It’s something completely different from anything he’s done before, and it helps that it’s as far away from his ex as possible. Trapped in his own depressive thoughts, Flynn is surprised to meet Grayson Harland. Not only is Grayson a sexy cowboy—one fifteen years younger—but he’s the most charming man Flynn has ever met.

Flynn doesn’t have much experience with being seduced, and he has even less with guys like Grayson taking an interest in him—and Grayson is definitely interested. What begins as a fling while visiting iconic South Dakota sights soon develops the potential for much more. But Flynn is afraid that falling in love again so soon—and with a man so much younger—will lead only to another catastrophic heartbreak. Luckily for them both, Grayson isn’t giving up without a fight.

States of Love: Stories of romance that span every corner of the United States.

Rushing Love is the first book I’ve read by this author. I have to admit I really looked forward to reading this one. I love a May/December romance, but unfortunately this one didn’t work very much for me.

Flynn is a thirty-something man who has decided to travel to a dude ranch in South Dakota with his best friend. His lover of nineteen years has cheated on him and he needs both a change of pace and to hopefully mend his broken heart. The minute he meets the younger, Grayson, Flynn life is immediately changed forever.

Here’s what worked for me: I thought the author did a good job describing South Dakota, as well as some of the interesting touristy things you can do there and I did enjoy it. I also liked the age difference between the two heroes. I liked the premise of the story and though the chemistry between Flynn and Grayson could be pretty good at times.

I had an issue with both Flynn and Grayson’s behavior in the book. Flynn is supposed to be heartbroken over the loss of his partner for 19 years, but after just two days he’s willing to uproot his life for Grayson? Here’s the thing, I love insta-love, but only if it works and it is written well…but this one was a little over the top for me.

I also thought the dialogue was stilted and well…strange at times. Grayson says stuff that made me wonder if he was 13 year old boy *with bad manners* instead of a young man. He pursued Flynn doggedly and won his man. Ironically, I DID kind of like his determination and he DID have some cute moments, but unfortunately I rolled my eyes more than anything from his and most of the characters behavior and stilted conversations.

I’m sorry but this book didn’t work for me at all. I know there will be other people who will read it and like it, I just wasn’t one of them.