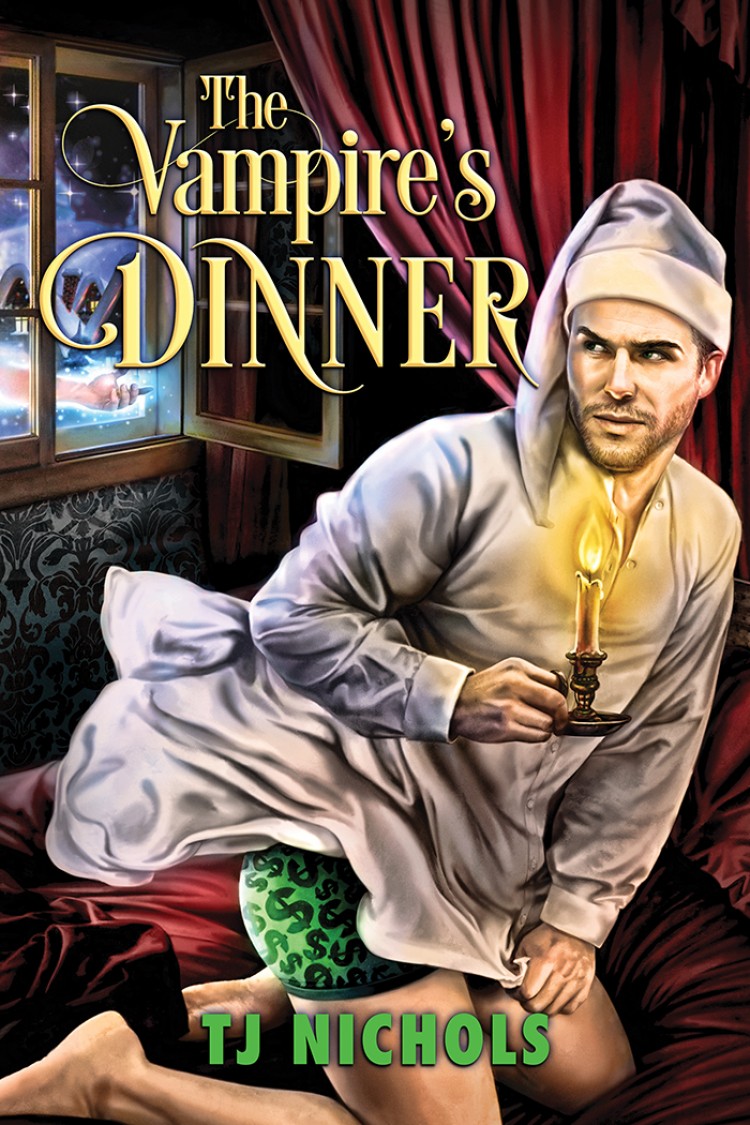 For vampire Charles Redfort, Christmas is a bitter reminder of the day he was killed by a werewolf. After fleeing the vampire army he was created to serve in, he has lived in exile in England. Once a year he allows himself to tell the truth about his life over dinner. Then he eats the man he’s hired for the night.

Blake Wells is an engineering student by day and escort by night. He works Christmas because he doesn’t want to see his father, and his mother doesn’t want to see him. When he meets Charles, he thinks he’s gotten a bonus present that he can’t wait to unwrap. But as the truth is revealed, Blake will have to think fast to live until morning and convince Charles to give up his lonely life.

The Vampire’s Dinner by TJ Nichols is a sexy romp of a story. I’ve never read anything by this author before, but after reading this short, I’m definitely going to keep my eye out for more books by TJ Nichols in the future.

What I liked about this short was the intrigue of what was going to happen next. The vampire, Charles, lives a pretty lonely existence. He is bitter from being torn away from his human life and into a vampire who has to lie about his very existence. Tired of living a lie, he indulges in being honest about his life and more one time a year.

Blake has been hired to be his dinner companion on Christmas night. Little does Blake know that his life is in grave danger. The one thing I really liked about Blake was his ability to think and talk fast all the while keeping his cool was very entertaining.

I wish this short story had been longer. It screams for a sequel but is still a very satisfying read. The Vampire’s Dinner is a mysterious, sexy page turner and I enjoyed every minute I spent reading it.