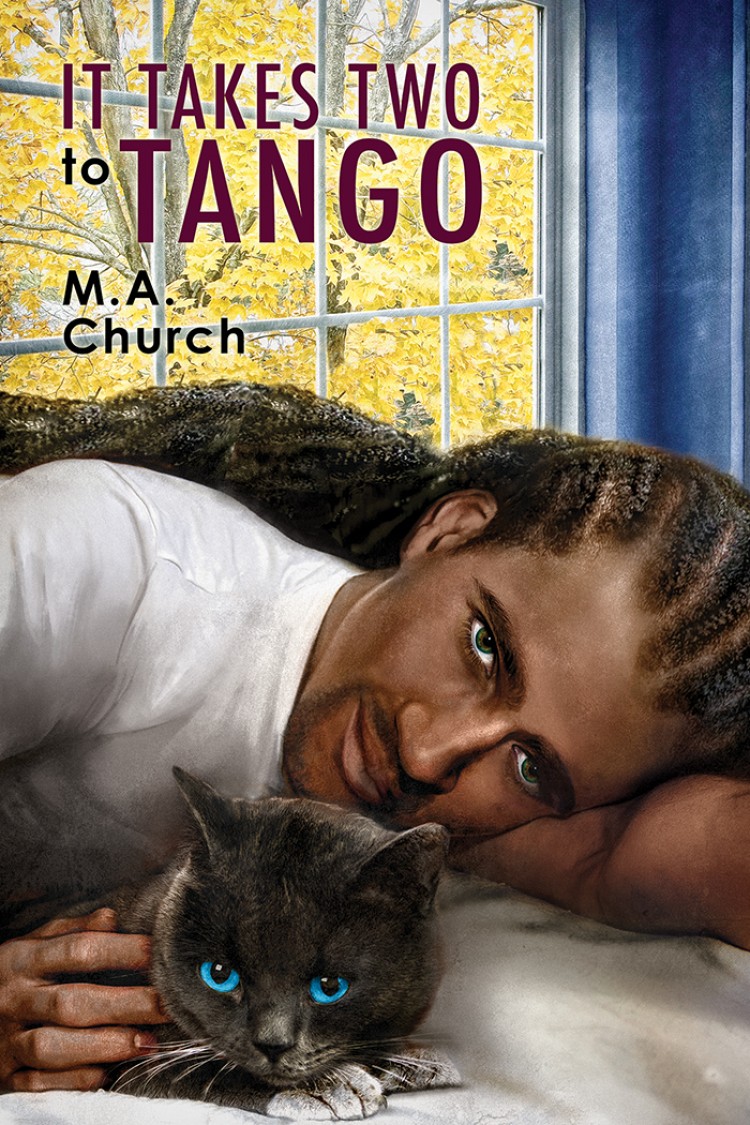 Remi Ginn’s an easygoing werecat with a love of snarky T-shirts. He would be perfectly happy with a human mate. Is that what the goddess Bast gives him? Of course not. Instead she gifts him with Marshell, a Vetala, a snakelike nonshifter who drinks blood to survive. A man who’s just as toppy as Remi—and even more powerful than the West Falls Clowder’s Alpha and heir apparent.

While Remi is deciding whether he can handle the fates’ choice, hunters attack Marshell. Afterward, in an explosion of passion, Remi and Marshell mate and Remi declares Marshell his. Now they have to figure out how to make their relationship work as they dance around each other.

The clowder is in turmoil, and Remi’s acceptance of Marshell rocks the very foundation of the insular group. The consequences will be far-reaching. And if that isn’t problem enough, the situation with the hunters is far from resolved… as proved by the appearance of an Alpha werewolf.

It Takes Two to Tango is the third book in the Fur Fangs and Felines series. During the course of the second book, Behind the Eight Ball, we found out that Remi and Marshell were mates. The problem however is that while Remi’s friends found human mates, Remi’s mate is a Vetala – a paranormal stronger than any alpha.

This plays strongly into this new story in several ways. First, neither man is a bottom which means one of them is going to have to give up control at some point, something that is hard for men like them. Second, Remi needs to be in a clowder and if his alpha cannot accept Marshell, Remi will need to find one that will, something that is not very likely to happen. Even if neither of those things was a factor, there are hunters that appear out of nowhere and a crazy stalker that is still on the loose.

There is a strong attraction between Remi and Marshell but the problems they face could keep them from forming the bond they wish for. I liked that the author does not keep them apart but rather shows them that they are stronger together. I loved that the characters acknowledge their need for each other. I loved that Remi chose to stand by his mate, no questions asked, even though they hardly knew each other. And the passion that exists between them, that is off the charts.

I liked the little twists that exist in this story. There is a twist that will shock the readers and it made me wonder if the author has a spin off series planned. I liked that the author brings back past characters and makes them secondary’s in the current book, giving the readers a chance to catch up with past favorites. There is news on this point as well that some may be surprised at, while others may not.

This is a series that I will be reading again and again. Readers of the shifter sub-genre should really give it a try. It is different enough from the norm that it is sure to become a fan favorite.