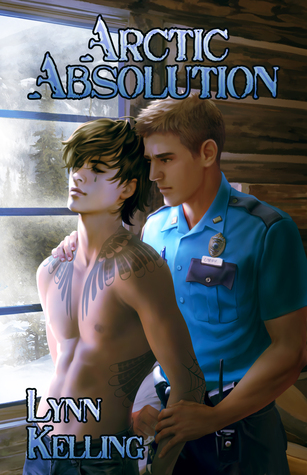 Dixon Rowe is a good man and a good cop who keeps finding himself in bed with the enemy. After he picks up a young ex-con named Jaye Larson for stealing food, Dixon is seduced by the possibility of helping someone truly in need. He tells himself he’s assisting young Jaye out of the goodness of his heart—not because of how sexy Jaye is under all of the tattoos and defiance. But temptation entangles them as the malicious ghosts of Jaye’s past returns to haunt their every step. Jaye’s ghosts are bad enough, but the demon from Dixon’s past is real enough to put both of their lives in danger.

If I had to go the traditional route and use the kiss or star system, as so many do, then I’d give this one a solid nine!  Talk about an author, that’s right, I said, author, because this lady, Lynn Kelling did indeed earn the right to be considered an author and not just any writer who thinks that writing a story and adding sex scenes on every other page makes their work worthy of anything above a three from me, is asking a lot, or would that be thinking a lot? Whichever. Lynn Kelling and her publisher have earned the title of Must Have’s by Roxy.

Lynn broke so many of the MM readers “safe rules,” and I can’t be happier. She has two incredibly flawed characters who have faced many difficult challenges in their lives, even when they find one another. You know what I mean? Many a writer have a flawed character until they meet their forever love and suddenly they become strong and happy, end of story. Well, NOT with Ms. Kelling and her characters. These guys have to work for their HEA and they work hard, very hard and that is what makes this story stick out in good ways.

Rules broken you ask? Well, here’s a bit for you:

Rape! OH NO SAY IT ISN’T SO! (Hide your eyes! It’s written and it’s part of the plot and it’s explained via the characters memories and how he felt, they felt, as both of these men were raped by other men and they are NOT afraid to admit it and they aren’t hiding it, and the author has them bring it up and has them work it out as a team, so on and so forth. I get that rape is a yucky topic and no one wants this, not even in play, it’s disgusting and belittling, it’s illegal, it’s wrong, it’s taxing, it’s all of it. And many readers can’t read it, can’t think it, can’t abide it, and won’t have it in their stories-and I respect that to the nth level but…yes, I said BUT- there are many readers who do not mind reading about it IF it has something to do with the characters personalities and why they are the way they are and how they fix who they are and move forward from that is what matters. That’s what makes a story or breaks it. I mean it’s not like the author has a character running amok and raping others and gets clean away with it and it’s not approached or acted upon even unto the ending of the uh…story? Then that’s where I’ll have issues with the writer and the publisher but fact is, this story had to have what it has in there to show the scars the men have, and how they, through mental strength and their love of one another, overcame their plights.

Murder? Oh yes, funny that murder doesn’t bother us as much in a story as rape does. I guess because rape takes our rights away as individuals…but gotta remember this is a FICTION story and though it may have happened in real life, it didn’t happen to the real guys, because umm..they’re characters. To the real people who this has happened to, I hope that they are okay and are finding a way to move on and a way to face their demons, just like the author has her characters do. Such as murder. Not to say one should go and murder the rapist but I’ll just cover my eyes, OK? Rape is nothing to laugh at and I’m not doing that, but killing of another person is really bad as well. BAD! Shameful and oh so never coming back from that, or rape come to think of it but snuffing out the life of another human is hell wrong. On many levels.

Well, let’s just move on okay? We have these two very lifelike men who have had intense situations thrown at them in their lives and how they met, and what happened. It’s not a fluffy fufu romance this! No way. It’s hardcore and right up my alley. I mean, a young man who looks like a kid still is stuck in prison for killing a prick who tried to gut him, literally, is living on his own in the wilds of Alaska without a penny to his name and newly out of prison, and then we have the other who is a policeman and also has devils of his own to conquer, who meet one cold night when the younger man tries to steal staples: as in bread, canned food, things to eat..and he didn’t even hold anyone up with a gun. He was starving and needed food and since he didn’t have a job, or money, and newly out of prison, he had no choice but to steal. Enter the hot cop who tackles the guy to get the food back to the store owner, only for him to end up buying all of it and then some, for the other man who he finds an odd attraction to.

We have these men who each have difficult situations to overcome and I have to say, they do so, well, very realistically. I can imagine that if I were one of them, what I’d do. Even big bad cops have inner turmoils and demons to face about who they are and what they allow in their personal lives….and then the younger man who was in prison has to learn how to stop giving a voice the very dame demons in his head, the ones who keep him sleeping in a closet, or huddled in a corner of his room and then applaud him for being the strong one that the cop needs him to be. Talk about well written and completely interesting set of men…these are them.

Lynn did a fabulous job and I’m in love with her characters. I can’t wait to read another one…so, I’ll just go and do that now.