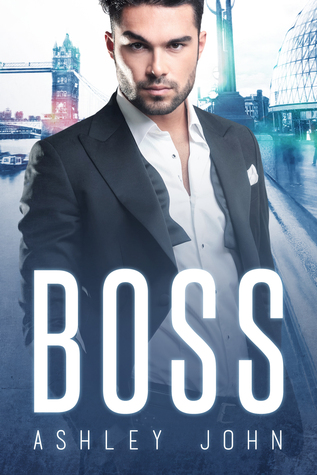 After years of travelling the world using his trust fund, college-dropout Joshua Silverton returns to London to discover two shocking truths; his estranged and wealthy father has been dead for over a year and he left his fortune to a total stranger. Joshua soon meets the man who stole his inheritance and even though he expects to hate Ezra Steele, he can’t ignore the strange attraction he suddenly feels towards him. Bill Silverton saved Ezra Steele from his troubled past when he signed Silverton Tower over to him on his deathbed. Ezra now has the house, the business, the cars, the money and a different man in his bed every night.

It’s a life he wants to cling to, so when Bill’s gorgeous son unexpectedly turns up and demands he hand everything back, his life is turned upside down in more ways than one. A need to finally prove himself to his dead father forces Joshua to challenge Ezra but will he be able to ignore the attraction in order to be ruthless? Ezra tries to keep his enemies close by getting Joshua into his bed but as history catches up with him, he is forced to face himself. They are both running from their past, so in a battle between head and heart, Joshua and Ezra must choose what is more important – money or each other.

I totally enjoyed this book and would welcome a part two if I get to review it! As I read this tale of greed, pain, and resurrection, I couldn’t help but think of the character Brian Kinney, from Queer as folk. The shared common traits between Brian and Ezra were quite remarkable. But, Joshua was no Justin Taylor.

I first must comment on the electric sexuality that literally catapults itself from some of the pages as Ezra starts the long seduction process of Joshua, a heretofore heterosexual boy that Ezra begins with in a pub and fumbles in the bedroom of an elaborate hotel suite during their first meeting. As time marches on, two events keep the men intertwined: a wedding, and a rather large corporation once owned by Joshua’s father. The story is filled with twists and turns as it moves through to the end even though I was able to write the ending in my mind by page 35.

Joshua is a man who hates London but learns to love all things about it. I believe anyone who reads this book will be entertained and really, isn’t that the end goal of all fictional literary works of art? Isn’t that the purpose behind all art? I suggested an alternative rating symbol for this work, but the owners of the review site just laughed at me. Too bad.

Gabbi’s Note: Patrick loved this book so much he wanted to give it a 5 Boner rating, instead of a 5 Kiss rating, I think his suggestion should be duly noted. LOL!